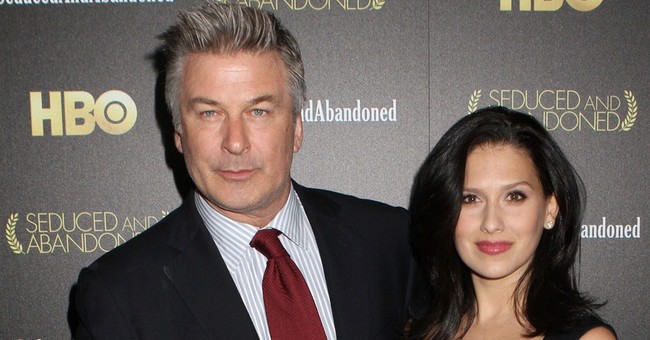 Alec Baldwin’s wife Hillary Baldwin is doubling down that she’s Spanish. The faux Mallorca native says we have to leave her alone after getting busted for one of the worst cultural appropriation train wrecks since Rachel Dolezal. Yes, it’s there with Elizabeth Warren’s fake Indian status as well, which she used to enhance her career. And this trio all have garbage responses to why they decided to be Spanish, black, and Native American respectively. Have we forgotten that Warren said her high-cheek bones were proof of Native American blood?

“Hilaria” was busted after a Twitter thread gashed her fake Spanish identity. I mean, you cannot be second-hand embarrassed. The ‘how do you say cucumber’ moment she had on the Today show, the fake accent, and just the total collapse of this racial con was epic to watch. She’s white. Whiter than the marble of the Parthenon, but she says she speaks a lot of Spanish which explains the accent. Mrs. Baldwin says we should trust her; she’s not faking it. She’s totally unrepentant (via NBC Washington):

In a video posted on Instagram on Sunday, Alec's wife of eight years got emotional while talking about the backlash. She addressed questions about her accent, saying, "If I've been speaking a lot of Spanish, I tend to mix them and if I'm speaking more English...then I mix that."

"It's one of those things that's always been a little bit, I've been a little insecure about," she said, adding that she starts to mix languages when she feels nervous or upset.

"I try to speak more clearly in each language. I think that that's something that I should try to do but sometimes I mess it up and it's not something that I'm like, playing at, so I want that to be very, very, very clear."

"I kind of want to say just leave me alone," Hilaria said. "Leave me alone. I'm not doing anything wrong by being me and maybe that doesn't look like somebody who you've met before, but I mean, isn't that the beauty of diversity?"

“Hilaria” also admitted she was white, adding that Spain is full of white folks. Yes, but this isn’t the true source of the controversy, lady. First, that had to be admitted because your real name is Hillary Hayward-Thomas. There isn’t a lick of Castilian in there, sorry. And yes, Europe has white people, of course. But Mrs. Baldwin tried to pass off as a full-blooded person of Spanish descent

“First thing I told my husband is that I was born in Boston," Hilaria said. "I spent a lot of my childhood in Spain. My family, my nuclear family lives in Spain and has lived there for a long time...I was moving around a lot but I came here when I was 19 years old to go to college,” she said.

Being born in a stable doesn’t make you a horse. I was adopted and raised by a family of Italian and Irish descent, which doesn’t make me either one. Also, this notion that white people can lie about their heritage because it increases diversity is another pivot that is just…you cannot make it up. To use their lexicon, that’s truly white privilege on steroids. She came from a well-to-do white family in Boston, faked being Spanish, thought it was ok because of diversity, and now is being dragged for lying about it—all while having the bountiful resources of surviving should this controversy eat away at some of her finances. I mean, isn’t this the very definition of problematic? The linguistic gymnastics here from white liberals gets better by the year (via Page Six):

Hillary “Hilaria” Baldwin has opened up about being accused of faking her background — insisting it was everyone else’s fault for assuming she was Spanish.

Alec Baldwin’s wife told the New York Times in an interview posted early Wednesday that she had always hidden her parents’ true background as bourgeois Bostonians purely in an innocent attempt to protect their privacy.

And she claimed she was raised by a father with such “deep, deep, deep bonds” with the European nation that “When we weren’t in Spain, we called it ‘we brought Spain into our home.’”

The problem was compounded by her reps at Creative Artists Agency using unverified information from the internet to write a sloppy bio about her, which she was unaware of until the scandal blew up, she claimed.

“It was very disappointing,” she griped.

Similar mistakes led to magazines like ¡Hola! and Latina repeatedly calling her a Spaniard, including in cover stories.

Yet despite twice posing for the cover of ¡Hola! — which has written some 20 items about her on its English-language website so far this year — she simply never realized the error because she never reads about herself, the Instagram-loving, selfie-obsessed former yoga teacher claimed.

Oh, stop. Just stop. All five of her children she had with Alec Baldwin have Spanish names. She obviously was trying to pull a Dolezal here. The privacy pivot—all of it is just ridiculous. Also, the ‘I don’t read about myself’ excuse is equally shoddy. She has almost one million followers on Instagram. Okay, I get not reading the trolls sure, but you really didn’t know that Hola magazine called you a Spaniard. Your agents, publicists, or whoever manages this stuff didn’t either. Why? Is it because you told everyone under the sun that you were indeed from the Iberian Peninsula? Public relations people usually bring to your attention that there’s fake news about your biography being printed about you, right? Unless these people are bad at their jobs or were told a lie.

But given how the rules of cultural appropriation are either being rewritten or shredded with every white liberal pretending to be part of a racial or ethnic group that they are not, I guess we can be whatever we want tomorrow, huh?

UPDATE: Fox News' Janice Dean has some questions about this as well. Was Alec in on it or the brainchild of the alleged racial con?

Oh wow. He’s been doing this for years! On Letterman in 2013! “My wife is from Spain”pic.twitter.com/2QmjRKPgRD

Maybe Alec is the one that started it all...