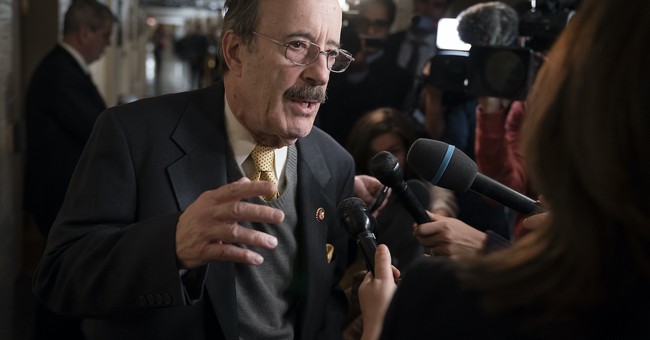 Rep. Eliot Engel (D-NY) is probably about to update his resume soon. He was facing a primary challenge from the Left by Jamaal Bowman, and his hot mic moment earlier this month probably didn’t help either.

The next House incumbent in serious danger of losing a primary might be Rep. Eliot Engel (D) in #NY16 on 6/23.

This may be a hot-mic moment for the ages:

Rep. Eliot Engel (D-NY) — who is facing a real challenge — says into a microphone, twice: "If I didn't have a primary, I wouldn't care." https://t.co/zENoJ0ofzR

In the aftermath of the officer-involved fatality of George Floyd in Minneapolis on May 25, nationwide riots erupted. In New York City, it was mayhem, with reports that the police had lost control of the city. Cops were assaulted and run over with cars. Looting was rampant. Arson and vandalism were common. It was total mayhem. At a campaign stop, Engel was caught on a hot mic moment admitting that he wouldn’t have cared about the vandalism in his congressional district if he wasn’t facing a primary challenge.

The Cook Political Report’s David Wasserman said that Engel was in danger of being clipped ahead of the June 23rd primary. As Election Day has come and gone with ballots still being counted, Wasserman said he had seen enough and called the race for Bowman. He noted that Bowman’s lead over Engel was just too great to be overcome by a surge in absentee ballots. He added that the district’s changing demographics and its leftward shift on Israel as reasons for why Engel’s downfall was "monumental."

The updated #NY16 official counts (not yet reflected on NYT/other sites):

In my judgment, this Bowman lead is too large for Engel to overcome in the absentees.

Hard to count the reasons Engel's loss in #NY16 (after 32 years) is so monumental. Just a few:

Yet, his colleague, Amy Walter, also threw some cold water for those trying to read the tea leaves for the 2020 election based on these primary results last night:

Before we get carried away on how KY/NY/VA Dem primaries show where Dem party is headed remember that: 1) the majority makers for D’s sit in suburban, moderate CDs; 2) those incumbents did not lose or get significant challenges from their left.