Well, That's An Eye-Opening Find in the Toxicology Report About the AZ Couple That Ingested Fish Tank Cleaner 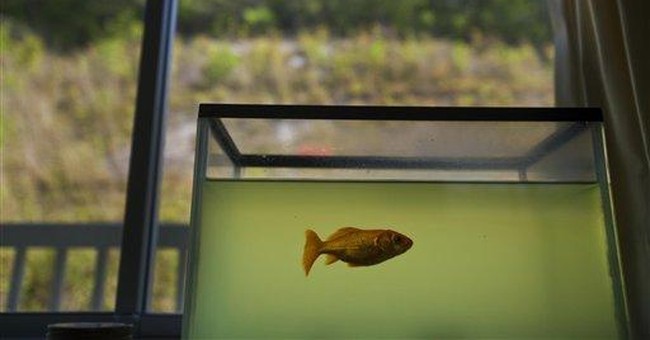 Well, remember the Arizona couple who ingested fish tank cleaner because it sounded similar to hydroxychloroquine? It’s an anti-malarial drug that the liberal media automatically trashed because President Trump said it might be an effective therapeutic for COVID-19. This couple took chloroquine phosphate which is used to clean fish tanks. They ingested it by mixing it with soda. The husband died and his death is still part of an ongoing investigation investigated. The Washington Free Beacon reported that it was a homicide investigation. The publication interviewed several people who knew the couple, Wanda and Gary Lenius. It was reported that the couple had a rocky relationship, with Wanda engaging in verbal abuse against her husband. Gary dying from this is what raised the eyebrows of some friends who said, “What bothers me about this is that Gary was a very intelligent man, a retired [mechanical] engineer who designed systems for John Deere in Waterloo, Iowa, and I really can't see the scenario where Gary would say, ‘Yes, please, I would love to drink some of that Koi fish tank cleaner…it just doesn't make any sense."

Wanda also appeared to be not the biggest supporter of President Trump and had donated to Democrats:

"We weren't big supporters of [Trump], but we did see that they were using it in China and stuff," she said. "And we just made a horrible, tragic mistake."

Campaign finance records show that Wanda Lenius has given thousands of dollars to Democratic groups and candidates over the past two years, most recently to the 314 Action Fund. The group bills itself as the "pro-science resistance" and has criticized the Trump administration's response to the coronavirus pandemic, holding up the Lenius case to slam the White House.

In the same interview, Wanda Lenius told the Free Beacon that her husband had been planning to schedule a doctor's appointment to have a leg injury looked at and the couple worried he might pick up coronavirus at the clinic. That's when, she said, she reached for the fish tank cleaner in her pantry. Her husband's response, she said, was, "Is it still good?"

Now it seems increasingly likely that this woman killed her husband and it had little to do with Trump. She tried to use Trump as a scapegoat, and reporters like Heidi eagerly assisted her in promoting that narrative. https://t.co/vKMfJXhCCM

??Her husband is dead & she's in the ICU after ingesting chloroquine:

"We saw Trump on TV -- every channel -- & all of his buddies and that this was safe," she said.
"Trump kept saying it was basically pretty much a cure."

So, when this tragic incident occurred, you bet the liberal media weaponized it to attack the president. It’s somehow the president’s fault that this knucklehead gave her husband a super lethal dose of this fish tank cleaner.

Yet, Mesa City Police said that it was not a homicide investigation at this time, noting that it’s standard procedure for law enforcement to investigate all deaths. But the toxicology report should open a new front in this inquiry, as it seems clear that she didn’t take the same dose as her husband:

We have the toxicology report for the man who was given fish tank cleaner by his wife.

Calls into question (1) wife's claim they took the same amount; and (2) that he was only given a "teaspoon" pic.twitter.com/uV2B6B8JfG

We’ll let the police do her job, but I don’t think a “teaspoon” was put in her husband’s toxic concoction.