Son of Land O'Lakes Indian Artist: My Dad Was Native American and the Butter Lady Was No Stereotype 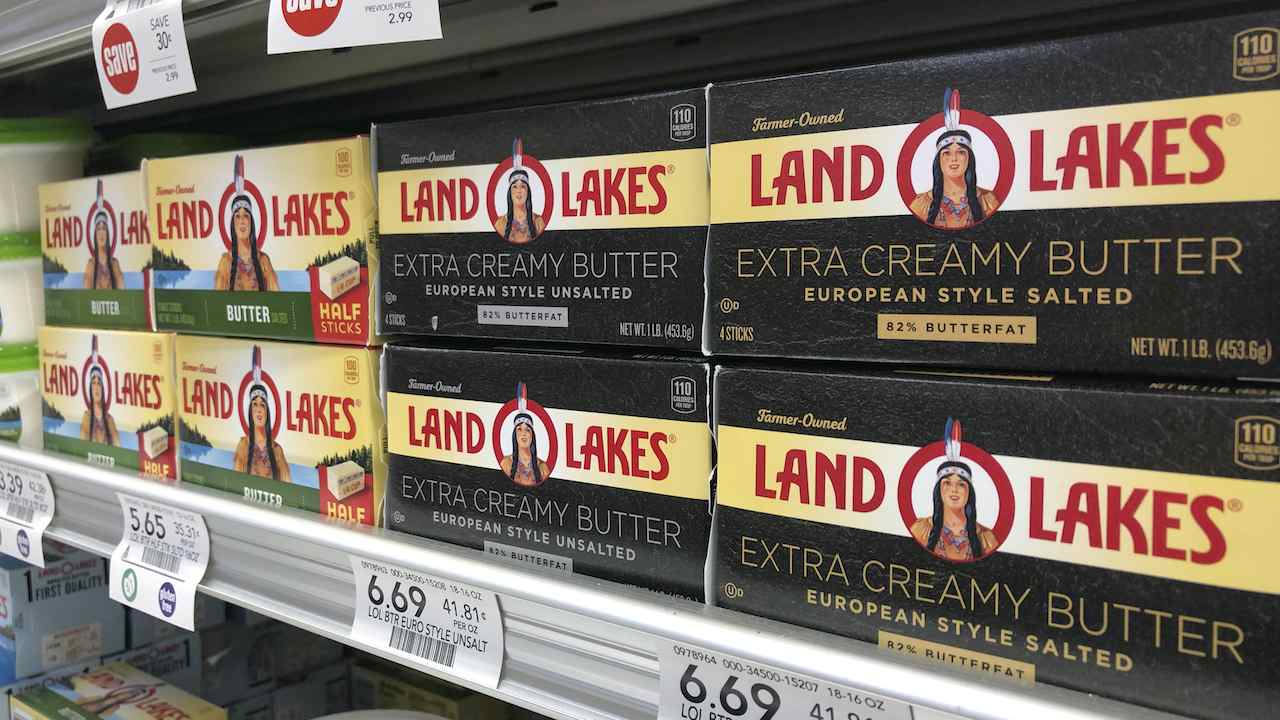 Animal crackers underwent a political correctness facelift. So, it shouldn’t be shocking that Land O’Lakes and its butter Indian was subjected to the same treatment. For those who dabble in this social justice warrior nonsense, apparently the Land O’Lakes Indian was a stereotype and some sort of sexualized icon or something.

It’s butter. Normal people don’t think this way, but if you want to go $100,000+ in debt to earn a degree in whiny little liberal bitch studies which offers these people way too much time on their hands, this is what happens: a vast array of pseudo-intellectualism that’s a perversion of American history.

Now, we have Robert DesJarlait penning an op-ed in The Washington Post about the company’s decision. DesJarlait, a Native American, is the son of the artist who created “Mia,” who has been seen on boxes of butter for decades. He declared his father didn’t create some stereotype for Land O’Lakes to exploit. In fact, he offers a more nuanced commentary on the company’s removal, adding the irony of Land O’Lakes disappearing “Mia” from its marketing campaign. It’s a story that American Indians know all too well (via WaPo): [emphasis mine]:

I was 8 years old when I met Mia. My father often brought his work home, and Mia was one of many commercial-art images I saw him work on in his studio.

With the redesign, my father made Mia’s Native American connections more specific. He changed the beadwork designs on her dress by adding floral motifs that are common in Ojibwe art. He added two points of wooded shoreline to the lake that had often been depicted in the image’s background. It was a place any Red Lake tribal citizen would recognize as the Narrows, where Lower Red Lake and Upper Red Lake meet.

In my education booklet, “Rethinking Stereotypes,” I noted that communicating misinformation is an underlying function of stereotypes, including through visual images. One way that these images convey misinformation is in a passive, subliminal way that uses inaccurate depictions of tribal symbols, motifs, clothing and historical references. The other kind of stereotypical, misinforming imagery is more overt, with physical features caricatured and customs demeaned. “Through dominant language and art,” I wrote, “stereotypic imagery allows one to see, and believe, in an invented image, an invented race, based on generalizations.”

I provided a number of examples. Mia wasn’t one of them. Not because she was part of my father’s legacy as a commercial artist and I didn’t want to offend him. Mia simply didn’t fit the parameters of a stereotype. Maybe that’s why many Native American women on social media have made it clear that they didn’t agree with those who viewed her as a romanticized and/or sexually objectified stereotype. Instead, Mia seems to have stirred a sense of remembrance and place, one that they found reassuring about their existence as Native American women.

I don’t know why Land O’Lakes dropped Mia. In 2018, the company changed the image by cropping it to a head shot. That adjustment didn’t seem like a bow to culturally correct pressure.

Mia’s vanishing has prompted a social media meme: “They Got Rid of The Indian and Kept the Land.” That isn’t too far from the truth. Mia, the stereotype that wasn’t, leaves behind a landscape voided of identity and history. For those of us who are American Indian, it’s a history that is all too familiar.

So, in order to be politically correct, the company made things worse. In an effort to not offend liberal academia, it, in turn, highlighted something that’s actually offensive to Native Americans. And this is why history cannot be retroactively analyzed with these fake “woke” criteria. It happened.

There are dark parts of our history, of any country’s history. You learn from it, you make sure it doesn’t happen again, but you cannot take a white-out brush and try to disappear things that already happened. Whether it be good or bad, it’s part of our story. Removing something from a butter box won’t change it. In fact, as you can see, doing exactly that highlighted why Native Americans went to war with the US government in the first place.