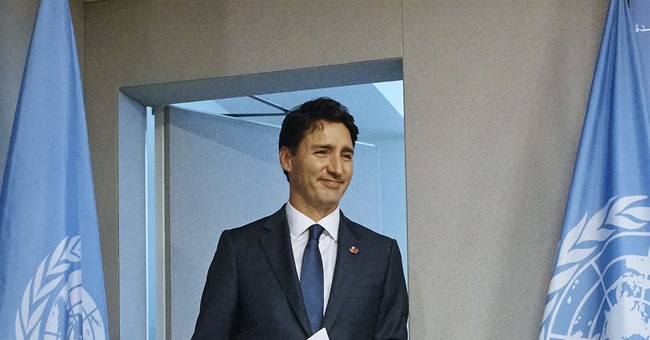 You may have missed it with all the Wuhan coronavirus news, but Canada suffered one of the worst mass shootings in its history when 51-year-old Gabriel Wortman shot and killed 13 people on April 18 and 19. Nine additional people were killed by the fires he set. The rampage included 16 crime scenes. It’s no secret that Canadian Prime Minister Justin Trudeau wants to further chip away at Canadian gun rights.

In response to this tragedy, Trudeau has banned so-called military-style assault rifles. He’s also mulling gun confiscation and he did not discount the idea of banning handguns as well (via Daily Caller):

Effective immediately, it is no longer permitted to buy, sell, transport, import or use military-grade assault weapons in this country,” Trudeau said.

The prime minister described the sweeping regulations as “closing the market” on these weapons in Canada. He has also discussed banning all handguns, but he avoided discussing that option Friday.

Trudeau talked about confiscating the roughly 100,000 existing firearms affected by the order at some future time through a “fair and effective buyback program.” Approximately 1,500 different weapons will be considered “military-grade” by the ban.

Canadian Public Safety Minister Bill Blair said a “non-permissive amnesty” will be established in order for Canadians who currently possess the now-banned weapons will be able to possess their firearms for two years but will be unable to use it or sell it.

Just like here, there will be a fight. The Daily Caller interviewed Nicolas Johnson of Canada’s The Gun Blog, who said he was skeptical that law-abiding Canadians would turn over their private property while noting that every time the Liberal Party is elected into office, they go after gun rights. Yeah, it’s the same across the border with the Democratic Party. And like in the US, the lefties of Canada are using a national tragedy to score political points, using the dead as their deposit slips to enact their odious agenda. Anti-gun liberals in the US want to do the exact same thing here, the only exception is that our right to individual gun ownership is codified in law.