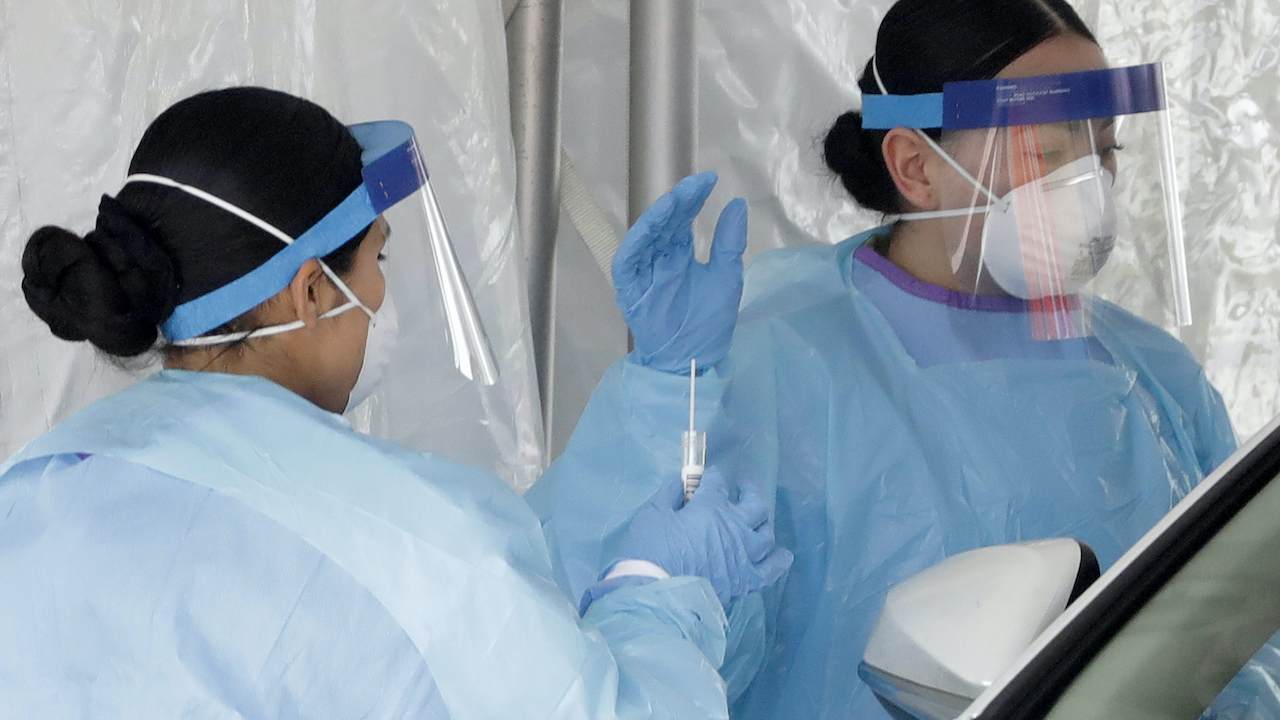 The Wuhan coronavirus has ground the American economy to a halt. Millions are unemployed. The U.S. economy contracted by nearly 5 percent for the first quarter of 2020. It’s not good. New York City remains ground zero for the US-based outbreak and China is blocking shipments of personal protection equipment from American companies who manufacture the products in the country. The effect has impacted American hospitals immensely, with the Trump administration mulling legal action. It’s starved our frontline workers of key materials. That’s our stuff that China won’t allow leave their shores. It only highlights the call to have critical supply chains re-established here at home. China can’t make all of our drugs and personal protection equipment anymore.

For one company, their workers volunteered to stay in a factory for a month to make tens of millions of pounds of raw materials for personal protection equipment to help the frontline workers. And that’s exactly what they did in March (via WaPo):

No one told them they had to do it, Braskem America CEO Mark Nikolich said. All of the workers volunteered, hunkering down at the plant to ensure no one caught the virus outside as they sought to meet the rocketing demand for their key product, polypropylene, which is needed to make various medical and hygienic items. Braskem’s plant in Neal, W.Va., is doing a second live-in now. The story was earlier reported in Philadelphia’s WPVI.

“We were just happy to be able to help,” Boyce, an operations shift supervisor and a 27-year veteran at Braskem America, told The Washington Post. “We’ve been getting messages on social media from nurses, doctors, EMS workers, saying thank you for what we’re doing. But we want to thank them for what they did and are continuing to do. That’s what made the time we were in there go by quickly, just being able to support them.”

For countless face masks in America, their journey from a blob of chemicals into the hands of first responders and grocery-store clerks likely began at a plant just like Braskem’s. The company, which touts itself as the largest petrochemical producer in the Americas, is one of the earliest links in the supply chain, providing a key ingredient for the personal protective equipment that millions of people worldwide now need each day.

Nikolich said the company has shifted its production lines to focus on making that key ingredient, polypropylene, given the high demand due to covid-19. The company then sells the product to clients that turn it into a nonwoven fabric, which medical manufacturers ultimately use to make face masks, medical gowns and even disinfectant wipes, among other items.

Nikolich estimated that the Braskem plants in Pennsylvania and West Virginia have produced 40 million pounds of polypropylene over the past month — enough to hypothetically make either 500 million N95 masks or 1.5 billion surgical masks, if the material were used only for that purpose. (It will also be used for other PPE such as the gowns, Nikolich stressed.)

The publication noted that this 28-day long shift started on March 23. Forty-two workers punched in and didn’t leave until the job was done. When you get America mobilized, we’re unstoppable. Brooks Brothers is making gowns. My Pillow is making medical masks, with founder Mike Lindell saying the shift in production capacity could churn out anywhere from 10-50,000 masks a day. Distilleries are making hand sanitizer. We’re all doing our part as well by adhering to the social distancing guidelines that have flattened the curve. Now, a large swath of states has begun phase one of re-opening their economies per the recommendations rolled out by Trump’s Wuhan coronavirus task force. This too shall pass, folks. And after this outbreak has passed, there are a lot of heroes to thank, like the 40 or so lads at Braskem America.