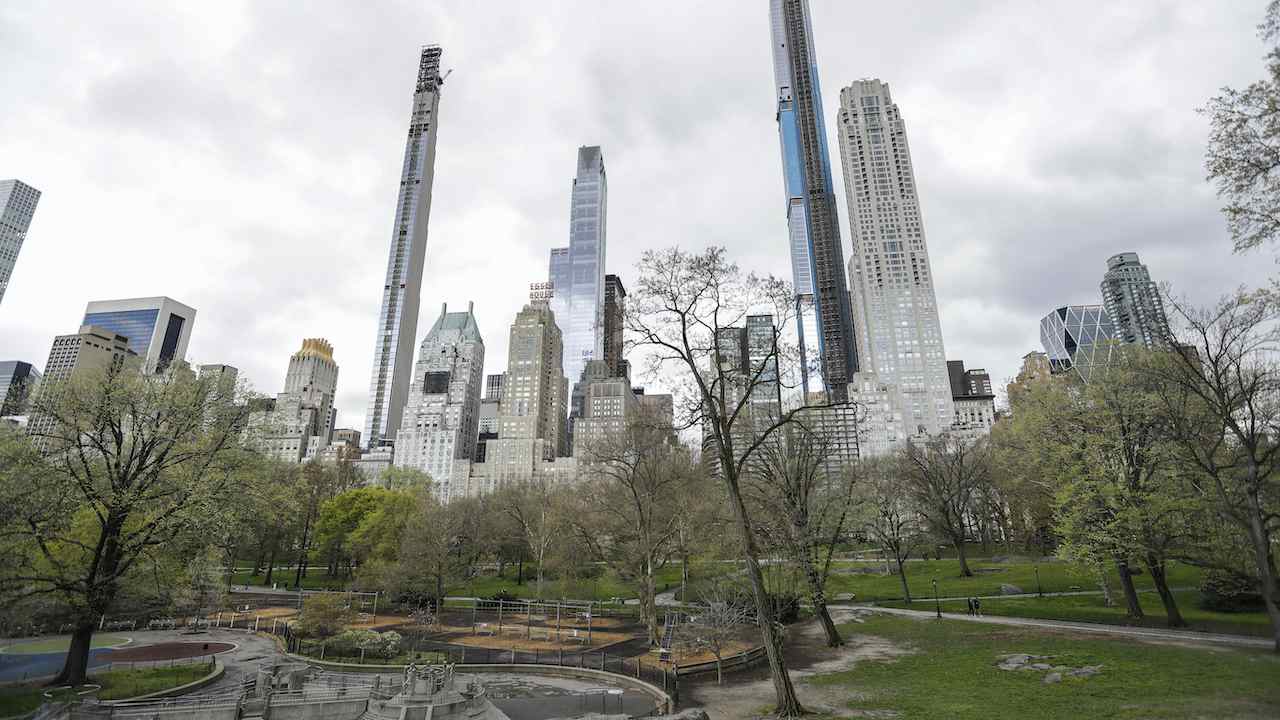 The good news is that it looks as if the worst is behind the Big Apple.

“The worst is over,” said New York Gov. Andrew Cuomo. While the death toll is high, new hospitalizations have dropped, with medical centers discharging more coronavirus patients than they are admitting. Still, it will be a long time before NYC can have anything resembling a parade to thank its medical crews.

Earlier this month, the media went into a frenzy over a rumor about city parks being used to bury the dead. The opposition media spared no time to check whether this claim was true or not. It only served to increase the panic, give the impression that the city was overloaded with dead people, and that the situation bordered on something seen from the films Contagion or World War Z. And the city’s officials didn’t help either (via The Hill):

The chair of the New York City Council’s health committee said … that officials are considering temporarily burying people who die from the coronavirus in local parks.

In a series of tweets, New York City Councilman Mark Levine said that trenches will be dug to hold 10 caskets in a line. The burials will only be temporary, he said, though he acknowledged the gravity of the situation.

“Soon we'll start ‘temporary interment’,” Levine wrote. “This likely will be done by using a NYC park for burials (yes you read that right). Trenches will be dug for 10 caskets in a line.”

“It will be done in a dignified, orderly — and temporary — manner. But it will be tough for NYers to take.”

Of course, this is prime cannon fodder for the liberal media to use against the Trump administration. But this is just outrageous. We’re not Iran, which dug mass graves so big that you can see them from space. Still, this fake news story from April 6 spread like COVID-19. New York Governor Andrew Cuomo slammed the rumors. This story appears to have been exacerbated by some footage taken of Hart Island, which showed freshly dug graves (via Washington Examiner):

New York Gov. Andrew Cuomo shut down a claim made by a member of the New York City Council that bodies might be buried in parks during the coronavirus outbreak.

The Democrat reacted to Councilman Mark Levine, the chair of New York City Council's health committee, claiming bodies would be temporarily buried in city parks because the spike in deaths created a shortage in morgue space.

Cuomo said he would not support such actions taking place even if city officials brought up the issue with him, which he maintained they had not.

We are NOT currently planning to use local parks as burial grounds. We are exploring using Hart Island for temporary burials, if the need grows. https://t.co/LfgGjULjh8

At the time, the NYC death toll hovered around 7,300 and the city said that it was not nearing morgue capacity. New York City’s death toll has increased to 15,740, but there’s still no plan to bury the dead in the city’s parks. New York City Mayor Bill de Blasio also shot down these rumors. And Hart Island has been a public cemetery since 1869. Located off the coast of the Bronx, the site has usually been used to bury those who went unclaimed by family members in the city morgues (via USA Today):

Typically, the city buries about 25 bodies on Hart Island per week. According to Department of Correction spokesman Jason Kersten, the city now buries about 24 bodies per day.

“As we aim to accommodate the many New Yorkers who have been impacted by the COVID-19 pandemic, the New York City Office of Chief Medical Examiner (OCME) will provide temporary storage of a decedent for up to 14 days,” the medical examiner’s website says. “We continue to work with families to accommodate their needs during this difficult time.”

The Associated Press published aerial images of workers digging graves on Hart Island. In accordance with the medical examiner's policy, these trenches are for the burial of individuals whose families have not claimed the bodies for private funerals.

“There will never ever be anything like quote-unquote mass graves or mass internment in New York City ever,” de Blasio told Spectrum News NY1.

Townhall Rating: Absolute trash. Even USA Today, which isn’t Trump-friendly, had to call out this fantastic lie. Hart Island has been used to bury unclaimed persons since Reconstruction. This isn’t some earth-shattering development. USA Today also reported that Councilman Levine deleted his tweet, which insinuated that mass graves could be dug in the city. The New York Governor’s Office, the Mayoral Office, and the NYC’s Medical Examiner’s Office all refuted this piece of fake news. Then again, there’s PolitiFact who laughably said this claim was “mostly true,” but only because it left out the original claim which centered on city parks. So, PolitiFact decided to nit-pick to keep the doom-and-gloom aura alive, while hoping that its readers would gloss over the fact that the island has been used as a burial ground for the unclaimed for more than 100 years.