What the Hell Happened? So, We're Just Going to Ignore Why the Media Got Their Kim Jong-un Story Wrong? 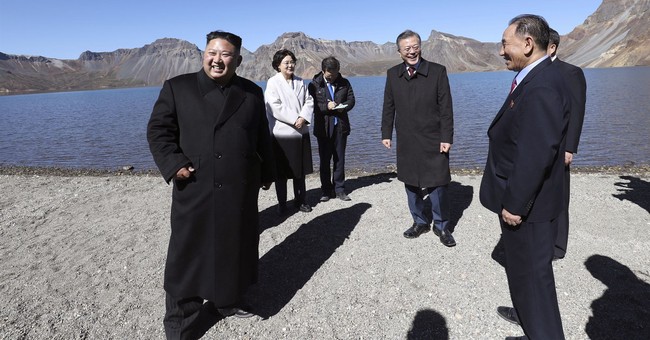 What the hell happened last night? North Korean dictator Kim Jong-un was supposedly in a dire medical situation. He might also have been dead. CNN first peddled this story, and then NBC News’ Katy Tur said that Kim was brain dead. She quickly deleted the tweet out of an abundance of caution.

So, what is going on? As Daily NK noted, Kim did have heart surgery on April 12, but he’s doing fine. He’s not on his death bed. And now, with this story being proven wrong, we’ll just go about our day as if nothing happened, right?

As a translator for Daily NK let me shed some light: Kim seems to have undergone a cardiovascular medical procedure on the 12th and is now receiving medical care at his holiday home. Nothing about him dying or being in critical condition. Relax people. https://t.co/WwlyxNHmC9

Fox News writer Stephen Miller and the Washington Examiner’s Jerry Dunleavy obviously want some more as to how we got from gravely ill to brain dead here. This was the human centipede of journalism last night and no one seems to want to talk about this dud. Tur quoted two US officials and said this was confirmed. How did this come about? And what happened after you posted this? You can’t toss a grenade in the nursey and just walk away here. Then again, the shade of the liberal media in protecting their own has a wide reach. And no, this wasn't a dream. It happened, even though yesterday was 4/20.

Like was I hallucinating or did that actually happen

Remember last night when a CNN anchor said the leader of North Korea was on life support and then MSNBC’s star anchor tweeted he’s brain dead and then she deleted and that’s not confirmed and this morning literally no one in media is asking how that kind of fuck up happened?

Everyone’s just literally moved on like it never happened lol. Not a single journo is going “wait a second here...”

Last note, Daily NK is a publication that covers North Korea from Seoul using a pool of sources. Members of South Korea’s intelligence community at times ask them for information as they’ve been able to glean highly sensitive information from this secretive society (via The Atlantic):

In December 2009, for example, one reporter for theDaily NK, a Web site based in Seoul, embarrassed Pyongyang by intercepting a copy of Kim Jong Il’s annual message, a critical document that sets the ideological tone for the year,before it appeared in North Korea’s official newspaper,Rodong Sinmun.

Hardly a story about North Korea appears in The New York Times, The Wall Street Journal, or The Washington Post that hasn’t either originated in, or been confirmed by, outlets like the Daily NK or Open Radio North Korea. “The international media gets most of its information on North Korea from them,” says Kim Young Sam, an editor of South Korea’s oldest monthly magazine, the Chosun Monthly, whose sister publication, the newspaper Chosun Ilbo, regularly cites their stories. “Nobody else has the resources, contacts, and expertise.” Even agents from South Korea’s National Intelligence Service (formerly the KCIA) sometimes contact the Daily NK and other such outlets to request information.

So, if there is anything new, I’d check there, not CNN.