Some Stores Are Being Barred from Selling Certain Items to Help Curb Spread of Wuhan Coronavirus. Smart Move or Power Grab? 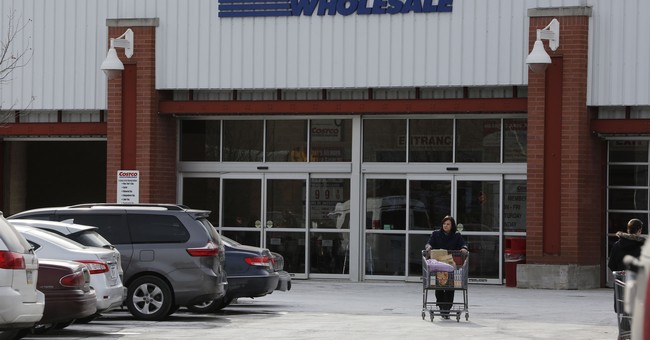 The Wuhan coronavirus outbreak has grounded the American economy to a halt. Virtually the entire country is on lockdown. This cannot be sustained. In about 4-6 weeks, there will be businesses that will never be able to make a comeback. The cruise lines might be a casualty. The airlines could be heavily impacted. And the vast majority of workers do not have jobs that allow them to work from home; you can’t do that if you’re a bartender, restaurant worker, or barber. There are many other jobs where you can only get paid if you’re at your place of employment—and many of those places have shuttered under these shelter-in-place orders. With millions of Americans filing for unemployment, Democrats have once again blocked relief to these people in order to score political points against the Trump administration, but that’s for another time.

While grocery stores, banks, and gas stations remain open, there is still the risk of exposure. This virus is highly contagious. As of today, over 483,000 Americans have been infected, with nearly 18,000 dying from it. Experts have warned that this Easter Sunday is going to be a very bad day, perhaps the worst we’ve seen since the start of the U.S. outbreak. To curb the spread, some businesses are now being barred from selling certain items to prevent foot traffic (via Business Insider):

Local governments around the US are taking more draconian measures to prevent the spread of the coronavirus by barring "essential" stores such as grocery chains or big-box retailers from selling "nonessential" items such as clothing and electronics.

These stores, which have been allowed to stay open during state lockdowns because they sell groceries or offer pharmacy services, for example, are now required in some parts of the US to remove nonessential items or rope off areas of the store so customers can't access these products.

Vermont is among those clamping down on this. At the end of March, the state's Agency of Commerce and Community Development directed essential big-box stores including Walmart, Costco, and Target to stop selling nonessential items not listed in the governor's executive order outlining essential services.

It’s one of those debates. We have one about religious freedom, as some localities, like New York City, have threatened to shut down certain places of worship indefinitely if they break the city’s lockdown protocols. And now, we have the state telling business what they can and cannot sell to customers. My heart says no, but my judgment tells me “yes” on this issue. Social distancing has been key in cutting the total projected death rate from 100-200,000 to 60,000. Vice President Mike Pence thanked the American people for doing their part in adhering to staying home in order to stop the spread. The data shows it’s had an impact in stabilizing our nation’s hotbeds. New York City, which accounts for most of the U.S.-based cases, has seen hospitalizations drop and medical centers discharging more Wuhan coronavirus patients than they are taking in—it’s a good sign. The death rate is still high, but signs that the curve is flattening appear to be showing.

Yet, there is no doubt that local governments will be using this crisis to take power-grabbing out for a spin. Is that what’s occurring here? The fewer people there are in these stores, the better the chances we have of getting on track to re-opening the economy. It’s bad. It’s, frankly, awful having the state telling what you can sell in times of emergency, but mass unemployment and the destruction of businesses are on the horizon. I see both sides have solid arguments. I don’t know where I fall, but the fact that the economy can’t take much more of the population being cooped up inside. It can’t. Even with trillions in relief, the scale of the American economy cannot be propped up with cash from the government. It needs the American people working and spending again.