Bill Clinton: I Had An Affair with Monica Lewinsky to Blow Off Some Steam 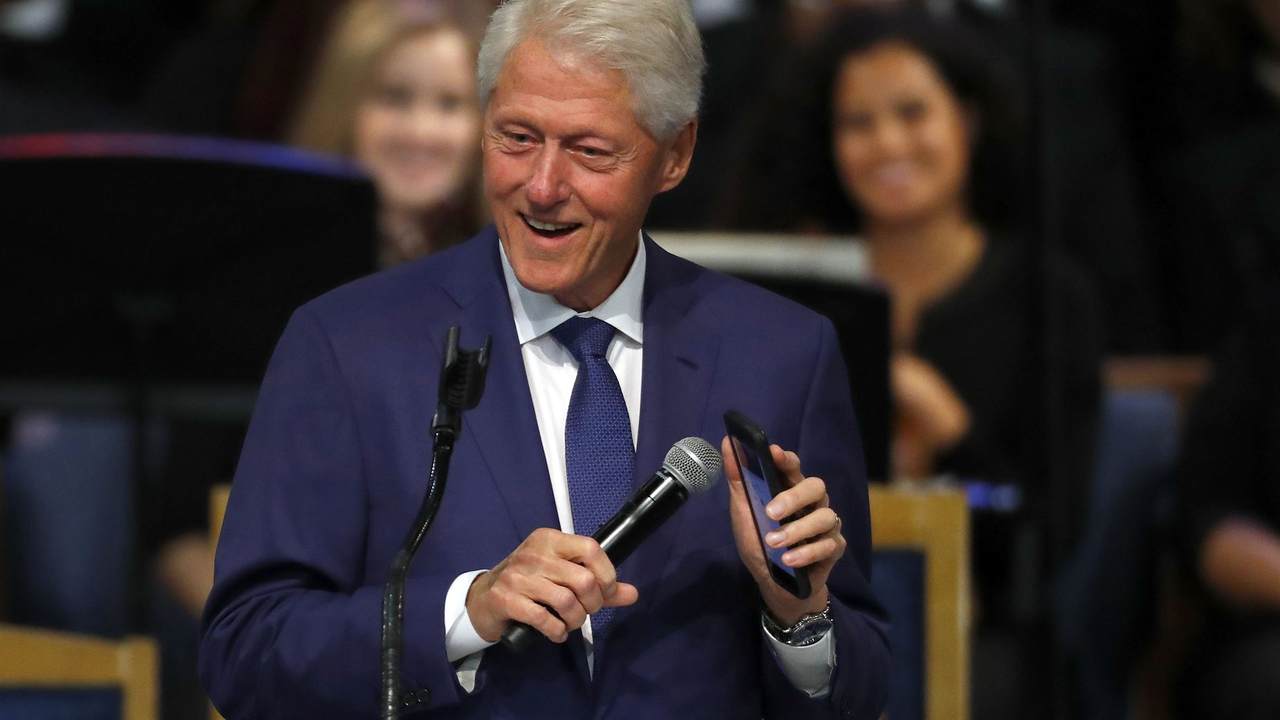 Hillary Clinton might be being truthful for once: she’s not running for president. It’s past Super Tuesday. Clinton is now done, though her whine tour continues over the 2016 election. The two-time presidential loser is now the subject of a Hulu documentary series, which goes into detail about the night she found out Bill, the former president of the United States, did some…things with White House intern Monica Lewinsky. There have been many jokes as to why Bill cheated on Hillary, most of which aimed at the former first lady’s personality.

It would seem that Bill decided to get close to Lewinsky because, well, being the leader of the free world is stressful and he needed to blow off some steam...or something. A lot of the story is what you already know—Bill fessing up to the affair, Hillary feeling outright betrayed, and that very awkward conversation the former president had to have with his daughter Chelsea. The Daily Mail has more, but one notable thing is that Bill actually apologizes to Monica over the fact that this chapter of her life defined her (via Daily Mail) emphasis mine:

The former President suggests, in an explosive documentary seen by DailyMailTV,  that he had the fling with the ex-White House intern while he was in office because it helped with his own issues.

Bill reveals that at the time he met Lewinsky the pressure of the job made him feel like a boxer who had done 30 rounds and he looked at Lewinsky as 'something that will take your mind off it for a while'.

He makes the claims in an interview featured in the new documentary series that will air on Hulu about his wife Hillary Clinton, called 'Hillary', where the former First Lady and Secretary of State candidly reveals that in the aftermath of the scandal the couple underwent 'painful' marriage counseling.

Bill offers an apology to Lewinsky in the documentary that will premiere on Friday on Hulu, and says he felt 'terrible' that her life was defined by their affair.

But he said that at some point when things don't return to normal 'you've got to decide how to define normal', suggesting the infamous former intern should just move on.

The four-hour series features extraordinary access to the Clintons' inner circle and examines Hillary's public life from her student days to losing the 2016 election to Donald Trump.

But the part about the Lewinsky affair - which the political couple rarely address in public - will likely be the most scrutinized.

Hillary said she agreed to this documentary because why not? She’s not running for anything. This affair is one of the defining moments of the power couple. You think Bill Clinton, and this is what comes up. If it’s not that, it’s his dithering during the Rwandan Genocide. And if it’s not either of those fiascos, it’s his first foreign policy trip-up abroad in Somalia with the 1993 Black Hawk Down incident. The latter two are a bit more in the weeds, but some folks forget how bad Somalia was for the Clinton administration. Then-Secretary of Defense Les Aspin was fired in the fallout. Then again, there are some things that Clinton did that would probably be welcomed by Republicans, like reducing capital gains taxes and increasing child tax credits. In some ways, Clinton was more of a moderate Republican. Still, I don’t know if I can watch four-hours of Lady McBeth. The Clinton chapter on American politics is over. Take them off life support and let them die with dignity—politically speaking. Hillary will never be president—ever.