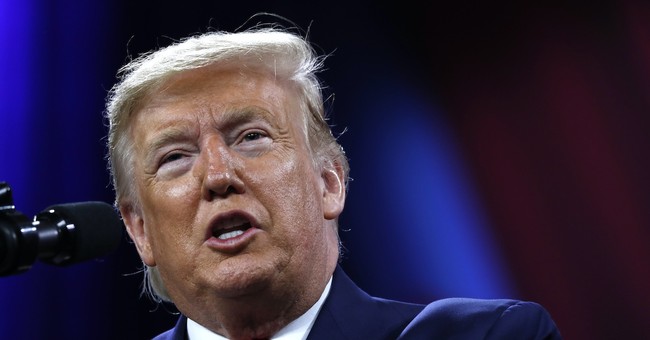 There’s been a lot going on—I know. But something might be going on with the Federal Judges Association and this aborted meeting about the president over the Roger Stone case. Attorney General William Barr noted that Trump’s tweets make his job more difficult. Then, there was an overreach by the media who suggested Barr could resign. He’s not going anywhere—and notice how that story died within36 hours. It was crap. Do we have another instance of the media getting it wrong with this FJA meeting that reportedly centered on rebuking Trump? The case that supposedly caused the organization to call this meeting was over the sentencing of longtime Trump confidant Roger Stone, who was recently convicted of lying to Congress in February.

The Department of Justice wanted to lock this guy up for seven-to-nine years until the top brass intervened, calling for a lesser sentence. And alas, another episode of resistance theater—the prosecutors on the case resigned as if this was a shock. It was coordinated. Viva la resistance, right? Here’s The Washington Post article about it at the time:

The head of the Federal Judges Association is taking the extraordinary step of calling an emergency meeting to address the intervention in politically sensitive cases by President Trump and Attorney General William P. Barr.

U.S. District Judge Cynthia M. Rufe, the Philadelphia-based judge who heads the voluntary association of around 1,100 life-term federal judges, told USA Today that the issue “could not wait.” The association, founded in 1982, ordinarily concerns itself with matters of judicial compensation and legislation affecting the federal judiciary.

Then, the email that said there was a misunderstanding, that the Roger Stone case had nothing to do with the proposed meeting, and that the FJA is nonpartisan and doesn’t willingly get into political fights. So, what the hell is going on here? The Wall Street Journal editorial board rightfully said that the FJA has to be a little more forthcoming about this whole mess because the email/memo doesn’t negate that report that the Stone case wouldn’t be a topic of discussion. There’s a lot of talk about Trump politicizing the judiciary, which is another exercise in hyperbole by the liberal opposition press, and then there’s this story which shows the apparent actions of…a politicized wing of the judiciary working to rebuke the president (via WSJ):

The meeting was postponed amid the press deluge, and the good news is that the FJA is now saying internally that reports were “at a minimum, misleading.” In an email sent Monday to its members and obtained by the Journal, the FJA officers say, “last week’s meeting was not an ‘emergency’ meeting. It was not scheduled in response to any public controversy or pending case.”

So is this another case of the press running prematurely with a story that it sees as damaging to the Trump Administration? Maybe, but read closely and the denial is generally worded. If the reporting in the national press was substantially inaccurate, the FJA should clear things up publicly.

The FJA memo acknowledges Ms. Rufe spoke to a reporter about the forthcoming meeting but says she “rejected the reporter’s speculations as to its timing and purpose.” It doesn’t say the Trump and Stone fiasco wouldn’t be discussed at the meeting. USA Today quotes Judge Rufe as saying the topic “could not wait.” She did not respond to two requests for comment on Tuesday.

Judge Rufe wasn’t the only source consulted as the “emergency meeting” story spread far and wide. CNN reported last week that it confirmed it with Megan Cruz, executive director of the FJA. Yet Ms. Cruz told us Tuesday she wouldn’t say whether or not an emergency meeting was in fact scheduled—only that no meeting ultimately took place—and she wouldn’t comment on the difference between the CNN report and the FJA internal memo.

Remember when then-acting Attorney General Sally Yates decided to ignore President Trump’s orders on his executive order on immigration in the early days of his presidency? Defiance and opposition among those in the DOJ and the courts to this administration happened. So, no, I wouldn’t be shocked if the FJA did indeed try to hold a meeting aimed at rebuking the president. These folks have picked fights with the White House before.

It’s partially why the Trump White House has been so aggressive in filing the many vacancies across the board in the circuit courts. Some have totally flipped. Over 200 judges have been confirmed by Trump. The Ninth Circuit, notorious for being wrong in their legal opinions and insufferably liberal, has flipped. And notice how there are next to zero national injunctions from these clowns since the court is now stacked with conservatives. Obama left vacancies. Trump filled them. Elections have consequences.

The Roger Stone case is ridiculous, as is the case that got him pinched—the Trump-Russia collusion myth. There is nothing to back up the shoddy allegation that the Kremlin colluded with the Trump campaign in 2016. In fact, the documents that provided the basis for this Democrat-media manufactured fairy tale—the Trump dossier—has been totally debunked. It was a piece of political opposition research funded by the Hillary Clinton campaign and was also used as credible evidence to secure a FISA spy warrant against Carter Page, a former Trump campaign official. And that review by the DOJ inspector general showed systemic failures in the warrant application process that included exculpatory information about Page being omitted or excluded.

Stone should be pardoned as soon as possible.