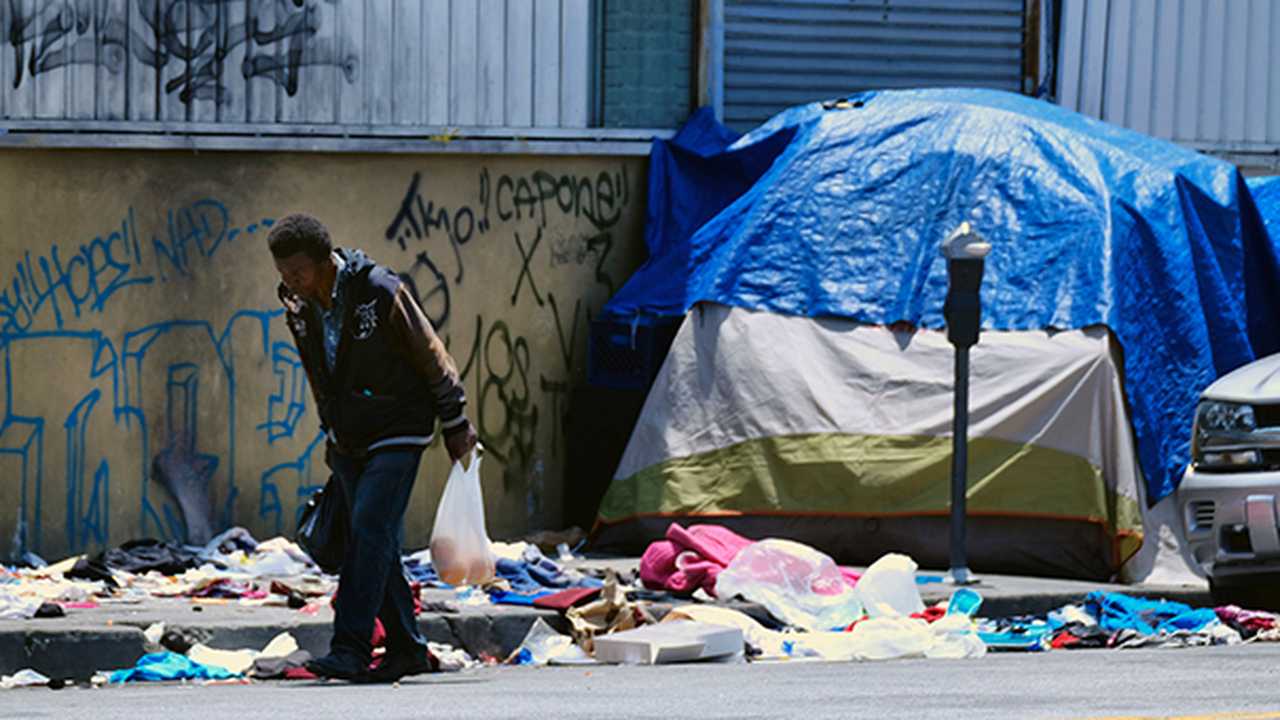 It’s a blue bastion. It’s a mecca of progressivism. It’s a state loaded with far-left wingers, squishy Republicans, Antifa, and pretty much everything I can’t stand about the Left. Its landscape is pretty, though. At least when it’s not engulfed in flames. To the Right, this blue cesspool is Sodom and Gomorrah. It’s the fate of any locality or state when Democrats become too numerous and hoard too much power. But is California booming? Yes. Its economy is $3 trillion strong. Unemployment is at a record low. And the median household income has increased 17 percent from nearly a decade ago. So, what gives? Why are these blue dwellers leaving?

Well, living costs and taxes are through the roof. Oh, and then there’s the wildfires, the poop that’s everywhere, the legions of homeless people who hurl buckets of diarrhea on bystanders and used needles all over the place. Yeah, crap, fire, drug use, and hobos. There’s not enough money to make me stay in a hellhole like that. The New York Times wrote up this piece about the Golden State, where one man—a high school dropout—rode the state’s economic boom and achieved a six-figure salary. The cost of living, however, ate into his newfound success. And then, there are the hordes of illegals and the state giving them health care. These clowns may support that, but don’t you dare think it doesn’t impact the resident tax bill:

Christine Johnson, a public-finance consultant with an engineering degree, was running for a seat on the San Francisco Board of Supervisors.

She crisscrossed her downtown district talking about her plans to stimulate housing construction, improve public transit and deal with the litter of “needles and poop” that have become a common sight on the city’s sidewalks.

Today, a year after losing the race, Ms. Johnson, who had been in the Bay Area since 2004, lives in Denver with her husband and 4-year-old son. In a recent interview, she spoke for millions of Californians past and present when she described the cloud that high rent and child-care costs had cast over her family’s savings and future.

California is at a crossroads. The state has a thriving $3 trillion economy with record low unemployment, a surplus of well-paying jobs, and several of the world’s most valuable corporations, including Apple, Google and Facebook. Its median household income has grown about 17 percent since 2011, compared with about 10 percent nationally, adjusted for inflation.

But California also has a pernicious housing and homeless problem and an increasingly destructive fire season that is merely a preview of climate change’s potential effects. Corporations like Charles Schwab are moving their headquarters elsewhere, while Oracle announced that it would no longer stage its annual software conference in San Francisco, in part because of the city’s dirty streets. “Shining example or third-world state?” a recent headline on a local news website asked.

For all its forward-thinking companies and liberal social and environmental policies, the state has mostly put higher-value jobs and industries in expensive coastal enclaves, while pushing lower-paid workers and lower-cost housing to inland areas like the Central Valley.

This has made California the most expensive state  — with a median home value of $550,000, about double that of the nation — and created a growing supply of three-hour “super commuters.”

A decade ago Manuel Curiel made $22 an hour as a production worker at Vander-Bend. Today he is 37 and, after several promotions, makes a six-figure salary. Almost anywhere else, that would be a shining example of how the longest economic expansion on record is reaching more workers, including those, like Mr. Curiel, who dropped out of high school.

But this good-news story comes with a catch. In the decade that Mr. Curiel’s salary tripled, the rent on his family’s small two-bedroom apartment in Santa Clara more than tripled, from a little over $600 to more than $2,200, including a 35 percent increase one year.

This is a microcosm of how Democrats want to transform America. Let the coastal snobs prosper and let everyone else suffer and die. If they cannot obtain new tech jobs because of education barriers or whatnot, too bad. The ‘screw the country bumpkin’ mentality is alive and well among liberal circles, who mock these people to no end, which has now turned into outright hatred post-2016. The coasts and the cities: That’s how the Left views America. Any place outside of there is alien territory. Oh, and in the cities of this state, let’s not forget the rat infestation that’s engulfing Los Angeles. How do Democrats want to tackle that? Well, they tried to ban rat poison. It met legislative death in the state senate in August.

Okay, so poop, used needles, hobos, rats, fires, absurd rent, illegal aliens, and high taxes. Yeah, I can see why people would leave this gem of the West Coast.

The 'Bashing the Unvaccinated' Narrative Crashes into a Brick Wall
Townhall
'It felt like a meteor had struck the earth': Reporter describes his experience firing an AR-15 at the range
Twitchy
A Teachers Union Is Suing A Rhode Island Mom To Stop Her From Seeing Their Critical Race Theory Curriculum
Redstate
Gigantic Teachers' Union Sues Mom for Asking What the Local Public School Is Teaching Her Daughter
PJ Media