Seattle Restaurant Worker: I’m a Progressive, but the Minimum Wage Law Killed Jobs, Including Mine 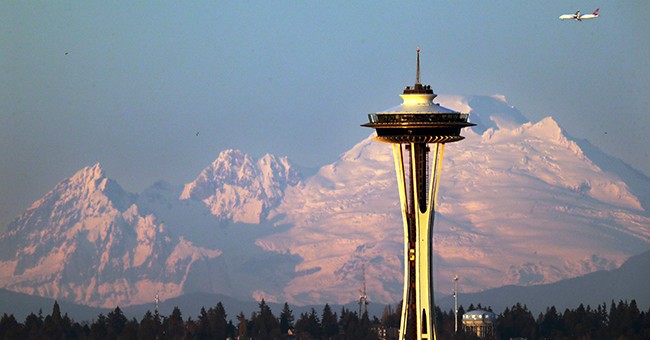 In general, it sucks to get fired. Seldom do I celebrate someone getting their job torched—oftentimes liberal media outlets bring it upon themselves, but it’s still never a good thing, especially around the holidays. And it’s maddening to a certain extent when you know jobs will be lost because Democrats keep peddling trash economic policies. The minimum wage hike is the mecca of all things bad. These jobs aren’t meant to support families, but Democrats seem keen on peddling this policy that will lead to job losses, cut hours, and smaller paychecks. It’s already happened in New York. In Seattle, we all saw this iceberg coming, except those who actually think hiking the minimum wage will lead to an economic boom. They’re idiots. Period. Study after study showed that this phased-in minimum wake hike would cannibalize jobs. USA Today noticed the detrimental aspects of this policy and urged supporters to pump the brakes. The added overhead only leads restaurant owners to close and accelerates the trend toward automation. Robots will eventually do a lot of the work these workers do, especially for fast food chains.

One restaurant worker in Seattle wrote in The Wall Street Journal this month that while she’s progressive, the minimum wage hike in the city led to her losing her job before Christmas. She also implored the far-left, economically illiterate dolts who push this policy to slow down:

This city’s minimum wage is rising to $16.39 an hour on Jan. 1. Instead of receiving a bigger paycheck, I’m left without any pay at all due to the policy change. That’s because the restaurant where I’ve worked for six years is closing as a consequence of the city’s harmful minimum-wage experiment.

I work for Tom Douglas, one of the best-known restaurateurs in Seattle. Mr. Douglas is in many ways responsible for the city’s reputation as a foodie paradise, and he recently celebrated his 30th anniversary in business. He’s a great boss, and his employees tend to stay at the company for a long time.

But being an established chef and a good employer doesn’t save you from the burden of a sharp minimum-wage increase, up 73% from $9.47 in 2015. For large-scale employers like Mr. Douglas, there’s no separate rate for workers who earn tips. In Washington and a handful of other states, tips aren’t counted as income earned on the job. That means restaurateurs are expected to pay servers like me the full minimum wage in addition to our considerable tip income.

When rent is too high, labor costs too much, and customers don’t want to pay $40 for a roast-chicken entree, the only way for many operators to ease the pain is to close.

I’ve lived in this city for almost 20 years, supporting my family thanks to the full-service-restaurant industry. Today I’m struggling because of a policy meant to help me. I’m proudly progressive in my politics, but my experience shows that progressives should reconsider minimum-wage laws that hurt the very workers they’re trying to protect.

Again, we all saw the signs. And now, Target decided to experiment with this minimum wage hike and it screwed over its workers. One has to just stop taking crazy pills or put down the crack pipe to see that this policy is a total failure. Heck, we even have progressives trashing it.