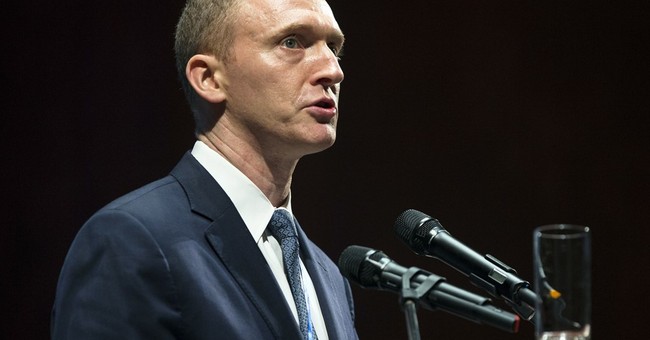 Department of Justice Inspector General Michael Horowitz torched the Federal Bureau of Investigation for their FISA operation during the 2016 election. Using the debunked, unverified, and wildly inaccurate Trump dossier, the bureau secured a FISA spy warrant against Carter Page, a former Trump official. The dossier was a biased piece of political opposition research that was funded by the Hillary Clinton campaign and the Democrats. This document, which was vetted by the FBI, was the cause of the Russian collusion hysteria that dominated headlines for two years. It was a myth. The IG report found that there were multiple instances where the FISA application process underwent alterations, including the omission of key information about Page, like his past work with the CIA. He wasn’t a foreign agent, though that was the allegation. Horowitz said that someone should be fired for these oversights that were systemic.

A judge on this secretive FISA court, which approves these surveillance warrants, torched the FBI as well, calling into question all of the warrants that were sought against Page. She also demanded that a detailed plan to ensure this never happens again is put forward by January 10 (via The Federalist):

The U.S. Foreign Intelligence Surveillance Court harshly rebuked the FBI in a Tuesday afternoon order, saying FBI misconduct in applying for warrants against Trump campaign official Carter Page calls all past warrant applications into question, and setting a fast-approaching deadline to fix the system.

“This order,” FISC Judge Rosemary Collyer wrote at the top of the four-page document, “responds to reports that personnel of the Federal Bureau of Investigation (FBI) provided false information to the National Security Division (NSD) of the Department of Justice, and withheld material information from NSD which was detrimental to the FBI’s case, in connection with four applications to the Foreign Intelligence Surveillance Court (FISC) for authority to conduct electronic surveillance of a U.S. citizen named Carter W. Page.”

“The frequency with which representations FBI personnel made to the court turned out to be unsupported or contradicted by information in their possession, and with which they withheld information detrimental to their case,” Judge Collyer continued, “calls into question whether information contained in other FBI applications is reliable.”

The errors in the dossier could’ve easily been picked up. It would’ve raised red flags. The warrants probably wouldn’t have been approved. But this Russian collusion allegation just had to be looked into, despite it being total bunk. The IG report says there was no bias in these investigations. That’s just simply not believable. Every oversight that was cited ended up hurting the Trump campaign. Every. Single. One. And why wasn’t this dossier vetted prior to obtaining a spay warrant against the campaign official from the presidential campaign of the rival party of the sitting administration? Given the FBI’s behavior that’s been aired out during this cycle exposes could probably give you that answer.

1) It's great that the FISA court slammed the FBI and acknowledged the obvious--that deceiving a surveillance court is a grave thing. But the follow on order is pathetic, as it is essentially: Please tell us how you intend to do better. Really?

2) Courts have the ability to discipline those who undermine the integrity of a court's functions. They can even appoint special investigators. Is the court not curious if this behavior happened in other warrants? And if court-imposed sanction isn't relevant here, when is it?