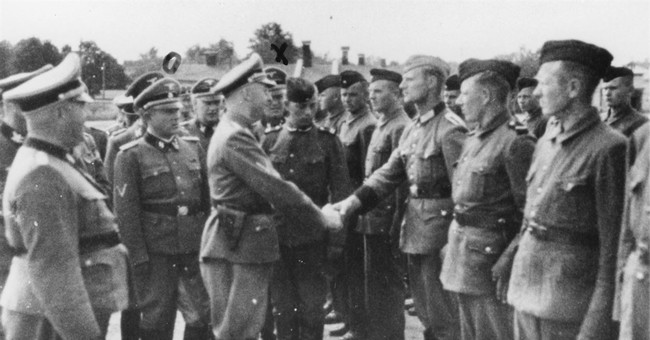 In August, there was a serious Florida man story. No, sadly, it had nothing to do with insane drunken escapades of the residents of the Sunshine State. It had to do with a high school principal actually giving a platform to Holocaust denial. No nutty speakers of this sort were invited but he did take the approach of saying that he couldn’t declare that the Holocaust was a factual event (via The Palm Beach Post):

The principal, William Latson, was removed from his position in August, though he was not formally fired. Well, that’s now happened in a 5-2 school board vote this week, Latson was officially given his pink slip (via Miami Herald):

The South Florida principal who stirred national controversy after refusing to say the Holocaust was a “factual, historical event” was fired Wednesday during a school board meeting at the recommendation of the district’s superintendent.

With no discussion, the school board for the School District of Palm Beach County voted 5-2 to end William Latson’s more than 20-year-employment with the district.

Latson, who was the principal of Spanish River Community High School in Boca Raton for 11 years, was reassigned in July after emails he wrote to a mother’s inquiry in April 2018 surfaced. A day after his reassignment, Superintendent Donald Fennoy asked the School Board not to renew Latson’s contract. Allison Castellano, a Spanish River alumna and parent, was later appointed as the school’s new principal.

Latson — and the district— were put in the hot seat, with local and state officials calling for Latson to be fired and an explanation into why the district took so long act. At the time, Fennoy said he had lost confidence in Latson’s leadership.

However, Fennoy said he recommended Latson’s firing not because of the comments he made but because “while the email was receiving global news coverage, Mr. Latson failed to respond to communication from his supervisors and failed to assist the district in addressing the serious disruption caused by the aforementioned email and news coverage,” Fennoy explained in an executive summary given to the board.

Okay, fine—but Holocaust denial not being torched because of some politically correct ethos, one that’s infested liberal academia, should be sufficient to be given the boot at any learning institution.