Early Dismissal: Florida High School Principal Who Refused To Say Holocaust Was A Factual Event Has Been Removed 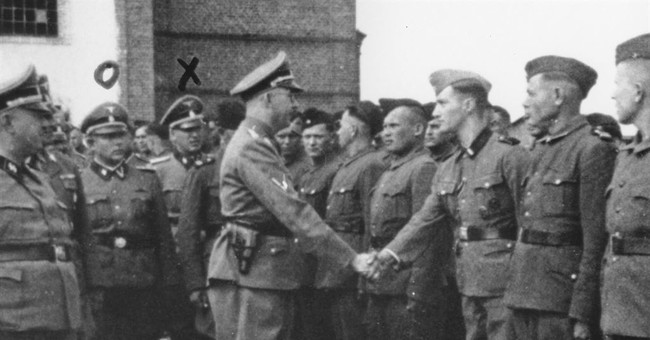 The ‘Florida man’ stories are hilarious. There’s even a special account on Twitter dedicated to this sort of news, the ever-growing list of local stories from those residents of the Sunshine State who engage in some of the most outlandish antics out there. It’s true entertainment, one that should make anyone laugh. Yet, this one ‘Florida man’ story isn’t so funny. A high school principal at Spanish River High School in the Palm Beach School District decided a year ago to take the odd position of refusing to declare the Holocaust a factual and historical event. William Latson is the name of the principal in question and he’s now out of that job, having been reassigned due to the uproar this has caused.

The Palm Beach Post posted excerpts of those email exchanges he had with a concerned parent. The parent was wondering what the school curriculum was concerning this dark period of human history. While Latson had apologized for the wording, it wasn’t enough. It should also be made clear that no one believes Latson is a Holocaust denier or anti-Semite, just someone who dabbled in sheer folly in trying to apply the two equal sides protocol as if this were a debatable subject. It’s not. The Holocaust happened. There are remnants of the concentration camps in Europe. There are scores of interviews with survivors providing a record of this most terrible crime and there are thousands of such survivors who live in and around the school district (via Sun Sentinel):

A principal in heavily Jewish Boca Raton is out of a job because he refused to say the Holocaust was a real historical event.

Spanish River High School Principal William Latson told a parent that as a public school official he needed to remain “politically neutral” — sensitive to both Holocaust education advocates and people who deny the destruction of six million Jews during World War II.

The Palm Beach County School District didn’t see it that way and on Monday assigned Latson to another, unspecified position.

His email exchange with the parent created a furor in Boca Raton, the home of many Holocaust survivors and their descendants, and spurred an investigation by the school district.

A new principal has not yet been named.

“Mr. Latson made a grave error in judgment in the verbiage he wrote in an email stating, ‘I can’t say the Holocaust is a factual, historical event because I am not in a position to do so as a school district employee.’ In addition to being offensive, the principal’s statement is not supported by either the School District Administration or the School Board," the district said Monday.

In an email exchange last year with the parent, Latson wrote:

“Not everyone believes the Holocaust happened and you have your thoughts but we are a public school and not all of our parents have the same beliefs so they will react differently."

This wasn’t that hard, sir. I mean of all the things to lose your job over. You’re going to go down in flames in what appears to be a move to respect the wishes of… apparent Holocaust denier parents in the school district.  As we’ve said before, who cares what they think; they’re wrong. Those who have that position live in la la land and peddle a myth that’s heavily associated with anti-Semitism. There is no ‘two equal sides’ to this question, man. Even the village idiot would know not to debate the Holocaust.