Montana Supreme Court To Missoula: Your Anti-Gun Ordinance Went Too Far…So We Killed It 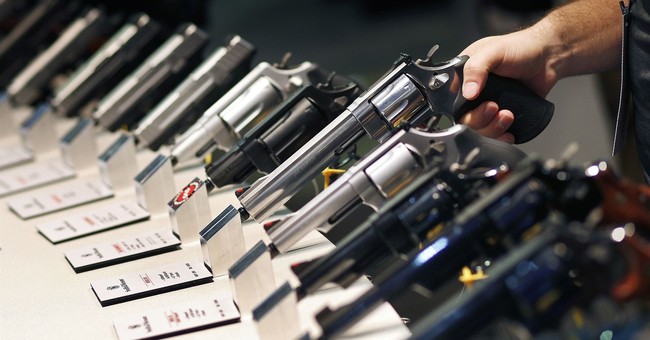 With the Supreme Court about to hear arguments around New York City’s absurd anti-gun law concerning transportation of firearms outside of the city limits, it’s going to be a while before we hear any good news on the Second Amendment front at the federal level. So, in the meantime, our good friend Cam Edwards at Bearing Arms found that Montana’s state Supreme Court has torched a universal background check ordinance in the city of Missoula (Fairfield Sun Times):

The Montana Supreme Court on Tuesday reversed a Missoula judge's decision upholding the city of Missoula's gun ordinance, which would have required background checks on all transfer of firearms, including gun show purchases.

The high court ruled 5-0 in favor of Montana Attorney General Tim Fox, who voided in 2017 the Missoula City Council's ordinance adopted the year earlier, arguing the council did not have the authority to infringe on gun ownership rights in the state and U.S. constitutions.

In its Tuesday ruling, the Supreme Court said the ordinance went too far beyond keeping guns away from convicted felons, minors and the mentally ill. While the state law controlling local government's ability to enact gun regulations allows cities the ability to restrict "possession" of firearms, it does not allow restrictions on purchase, sale, other transfer, ownership, transportation and use, the justices wrote.

"Nothing within the language of (state code annotated) permits cities to regulate these other functions in any manner, yet the ordinance does so," Justice Jim Rice wrote. "Although purporting to merely suppress the 'possession' of firearms by convicted felons, adjudicated mental incompetents, illegal aliens, and minors, the scheme of the ordinance goes much further."

As it turns out, violating the law just a little is still violating the law, as the Montana Supreme Court made clear. Congratulations to the gun owners and Second Amendment group that challenged the law, as well as Attorney General Tim Fox for his efforts to ensure that the state’s firearms preemption law isn’t merely a symbolic piece of legislation.

Indeed. It’s a state-level victory, but that’s where the fight is being waged right now. It’s where the anti-gun crowd has scored some pretty surprising wins, getting Vermont and Florida to pass some pretty atrocious pieces of gun control legislation. And both states had A-rated NRA governors; Florida’s Rick Scott has since been elected to the U.S. Senate. These are also supposedly staunch pro-gun rights states; Vermont has constitutional carry. It just shows that you cannot let your guard down. If the opportunity presents itself, the anti-Second Amendment horde will do a flank march. The fight to keep our Second Amendment is very much alive. For now, let's do a victory lap. NRA-ILA executive director Jason Ouimet was ecstatic saying, "This is a huge victory for Montana gun owners and everyone who cherishes freedom in Big Sky Country. The unanimous ruling from Montana’s Supreme Court confirms that politicians cannot usurp a constitutional framework by contemptuously enacting gun control at the local level."

If this law had remained, the NRA warned it would've banned all private sales, even among family members, which is the vast majority of such transfers.

Oh, and if you were wondering what was so ridiculous about New York City’s gun law, it’s that up until recently, legal gun owners were prohibited from transporting their unloaded, locked, and licensed (this is New York, folks) guns outside of the Big Apple, even gun owners with second homes outside of the city. Gun ranges were also put on the “no-no” list. The city changed the law after a legal challenge. As with anything in a deep blue cesspool, they knew it was unconstitutional. Yet, even with these changes, the Court wants to hear arguments. It’s the first gun case SCOTUS has taken in years.

In the meantime, hats off to the pro-freedom crowd in Montana.