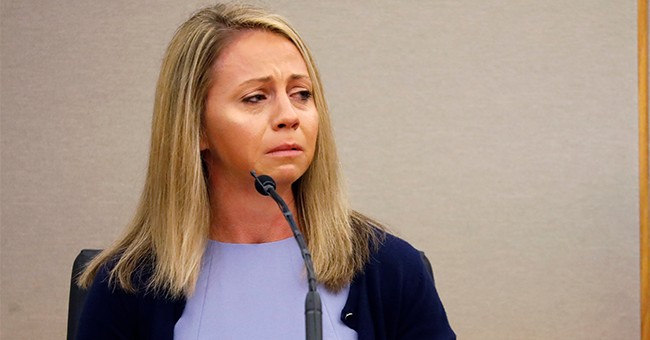 Former Dallas police officer Amber R. Guyger thought she had entered her own apartment. It wasn’t. Instead, she shot and killed her neighbor, which sparked national headlines. Guyger is white. Her neighbor and victim, Botham Shem Jean, was black. Guyger said she felt threatened and acted in self-defense. The jury rejected that argument and Guyger now faces five to 99 years in prison. There is no evidence that Guyger had any racial motivations concerning this horrible event. Yet, here’s The New York Times trying to stoke up racial tensions, which is juxtaposed with their own reporting that race was never really mentioned during the trial, though they decided to add that drama in there because…why not make an already tense situation worse (via NYT):

A former Dallas police officer who shot her unarmed black neighbor in his own apartment was found guilty of murder on Tuesday, in an unusual and high-profile case that dealt with issues of race, policing and mistaken identity.

The former officer, Amber R. Guyger, who is white, was charged in the death of her 26-year-old neighbor, Botham Shem Jean, after she said she accidentally went to the wrong floor of their apartment complex, entered the unit directly above hers and fatally shot him last year.

Ms. Guyger claimed she thought she was entering her own apartment and was acting in self-defense against an intruder.

The shooting and its aftermath in September 2018 ignited protests and calls for justice, with demonstrations outside Police Headquarters and inside City Hall. At a time when other police officers have been cleared of wrongdoing in the deaths of unarmed black men, Ms. Guyger was arrested several days after the shooting on a charge of manslaughter, then released from jail the same day. After weeks of community tensions and accusations of preferential treatment for the police, a grand jury came back with the charge of murder.

Though the issue of race was not mentioned explicitly in the courtroom, the trial unfolded against the backdrop of a diverse city that is 24 percent black, 29 percent white and 42 percent nonwhite Hispanic. The mayor of Dallas, the police chief and the Dallas County district attorney are all black, as is the judge presiding over this case. Of the 12 jurors and four alternates, seven are African-American, four appear to be white and five are of other races and ethnicities.

Ms. Guyger testified that she was returning home from a long day of work when she accidentally parked on the wrong floor of the complex’s garage. As Ms. Guyger walked down the fourth-floor hallway, she said, she did not notice that anything was amiss, including the red doormat outside Mr. Jean’s door.

The door strike plate was defective and not fully latched closed, according to the defense, allowing Ms. Guyger to enter using her own keys.

When Ms. Guyger saw someone inside, she said, she drew her gun and shouted, “Let me see your hands.” She testified that Mr. Jean was walking toward her and shouting “Hey” when she fired her weapon twice, striking Mr. Jean once in the torso and killing him.

Again, highlighting things that weren't even brought up at the trial because the Left is obsessed with race. And this ridiculous news alert is quite different from the Times' actual headline: "Amber Guyger, Former Dallas Police Officer, Found Guilty of Murder in Death of Neighbor."

Now, with that aside, there are some things about this whole case that don't really make sense concerning Guyger. She's going to jail and it seems as of now it's very much deserved.