The Hunt Is Over. Universal Pulls Movie About Rich Liberals Hunting Trump Supporters. 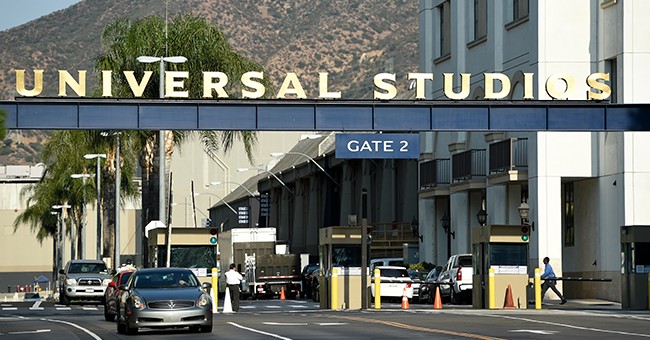 Many production studios have tried to do their version of the Japanese film “Battle Royale.” The controversial 2000 film details a disciplinary program enacted by the government to deal with disobedient youth in a dystopic future where the economy has collapsed. Students are dropped onto an island where there are only two rules: 1. Kill your friends 2. Be the last one standing.

With "The Hunt," it took a more political tone. Wealthy liberals hunt so-called deplorables for sport. The film has some very familiar faces, like Emma Roberts, Glenn Howerton of "It’s Always Sunny In Philadelphia" fame, and two-time Oscar winner Hilary Swank. Yeah, Swank being in a film like this is a whole other story entirely, concerning where her career has gone post-"Million Dollar Baby." If the plot outrages you, well, have no fear; the studio has pulled it, for now, citing the recent mass shootings in El Paso and Dayton (via Fox News):

Universal Pictures has canceled the September 27 release of the controversial movie "The Hunt," in the wake of significant backlash over the film that depicts privileged vacationers hunting "deplorables" for sport.

NBC’s Universal Pictures, which shares parent company Comcast with NBC News and MSNBC, told Fox News on Wednesday that the movie’s marketing campaign would be “temporarily paused” on the heels of the tragic mass shootings in El Paso, Texas, Dayton, Ohio, and Gilroy, California.

…in a statement released to Fox News on Saturday, a Universal Pictures spokesperson said: “While Universal Pictures had already paused the marketing campaign for The Hunt, after thoughtful consideration, the studio has decided to cancel our plans to release the film.

“We stand by our filmmakers and will continue to distribute films in partnership with bold and visionary creators, like those associated with this satirical social thriller, but we understand that now is not the right time to release this film.”

Okay—it’s not like this was a must-see film, and I doubt that even the most ardent anti-Trump voter was going to spend $13 or so to see it in theaters. These films, with the exception of Royale, just aren’t very good. The plot has been done before or you’ve seen some iteration of it.

Also, I’m a bit disappointed. I don’t like banning things. And I think conservatives needed to chill the outrage machine on this; there are much, much bigger fish to fry. It shouldn't shock us that some liberals want us dead. That’s the Left in 2020. We’ll deal with it by re-electing Trump. I don’t mean to channel Obama’s ‘don’t boo, vote’ mantra on this but let’s get a grip. We’re America, not China. We can produce and release anything we want. It’s free expression, and this film should remind us to do one thing next year: Vote Republican. Other than that, keep your powder dry for when something really goes off the rails in the news cycle.