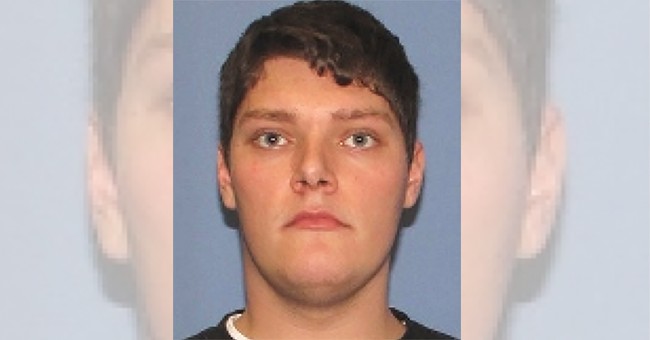 The liberal media is the arm of the Democratic Party and its agenda. That’s no secret. But if they think they can get away with what they’re doing with the Dayton shooting—their arrogance (or stupidity) has reached unprecedented levels. I mean, there have been pretty explicit examples, but we've seen some pretty epic ‘hold my beer’ moments, as the various arms of this corrupt enterprise seem to be in a competition to out-do one another in displaying their liberal bias.

In less than 24 hours, we had two brutal mass shootings. In all, 31 people have been killed and scores more injured. In El Paso, Texas, and Dayton, Ohio, two armed nutjobs executed senseless acts of carnage. The political games began almost immediately. El Paso was committed by a white supremacist, whose anti-immigrant views were just as explicit as his apparent adherence to eco-terrorism. In Dayton, the shooter, Connor Betts, a disturbed individual who had a kill and rape lists of his classmates, was an avowed leftist, who backed Sen. Elizabeth Warren (D-MA), gun control, and supported the left-wing extremist group Antifa. These aren’t necessarily clear-cut cases of white supremacist violence, which the media has tried to force-feed down our throats. There’s loads of nuance.

Then why is CNN reporting on the gunman’s alleged political convictions? https://t.co/s8YFm9tAcp

Of course, the media and the Left are trying to blame Trump, his supporters, the NRA, the GOP, and anyone who has a different opinion. I’m talking about El Paso. They don’t even mention Dayton, whose perpetrator’s political history is not worthy of mentioning. I wonder why?

Well, first, let’s give a hat tip to our brave law enforcement officers who confronted and killed Betts 30 seconds into his rampage (via WSJ):

A gunman wearing body armor killed nine people and injured at least 27 in a neighborhood of bars and restaurants here, in the second mass shooting in the U.S. in less than 24 hours and the third in eight days.

The gunman, identified by police as Connor Betts, 24 years old, was killed by police. Among the dead was the suspected shooter’s 22-year-old sister, police said, and her companion was among the injured.

The shooting began just after 1 a.m. on Sunday in the Oregon District, a popular spot on weekend nights, officials said. Dayton Police Chief Richard Biehl said that officers, who regularly patrol the area, heard gunfire and located the shooter within 20 seconds and killed him 10 seconds later as he tried to enter a bar.

Now, CNN has admitted Betts supported Antifa, though its reporters did everything they could to marginalize the development. It’s beyond absurd. Political convictions matter when it can be weaponized against Republicans and the Trump White House, as in the case of El Paso. But when it’s a left-winger killing people—don’t you dare bring up his or her social media history and political views. With Betts, leaving politics aside, he was totally insane; he showed videos of the Pittsburgh synagogue shooting while on a date.

"The Twitter account it's really important to point out that police here on the ground have not specifically said that they are considering this" pic.twitter.com/Hnk2E2kAi3

Meanwhile, this is their coverage of El Paso

Here's another one they could use:

"Dayton Gunman Said There Were 'Concentration Camps' At the Border, So Has AOC"

The media bias is so transparent at this point, they don't even try to hide it

They are activists. Not journalists pic.twitter.com/rjMnu4xQEN

The most recent tweet on the @iamthespookster account was on Aug. 3, the day of the shooting, when he retweeted a post saying, “Millenials have a message for the Joe Biden generation: hurry up and die.”  He also retweeted support for Bernie Sanders and Elizabeth Warren.

Under the Twitter handle @iamthespookster, the user description says, “He/him / anime fan / metalhead / leftist / I’m going to hell and I’m not coming back.” One tweet used the hashtag #HailSatan.

The account also retweeted posts against US Immigration and Customs Enforcement agents, including one that said, “These people are monsters,” as well as multiple posts condemning police, and supporting Antifa. There were also many tweets of selfies, photos with a friend and ordinary memes and non-political content.

The account is no longer active, but Twitter would not confirm to CNN whether it had removed the account, only saying in a statement, “We're proactively removing content that violates our policies and will be engaged with law enforcement, as appropriate.”

What’s the breakdown of media coverage of the El Paso shooting vs Dayton? I was reading @washingtonpost this morning and El Paso was front page news while Dayton was practically missing. Is the media seriously going to memory hole a tragedy because it doesn’t fit their narrative?

I'm honestly curious how you aren't completely embarrassed by your level of hackishness?https://t.co/1L61d1at5G

By the way, this gross display of liberal media bias is why you don't hear about the constant shootings in Chicago.

Those don't serve The Agenda.

*Points out Dayton shooter was a leftist*

Media: HOW DARE YOU

Also, shout-out to local media who interviewed former friends of Betts, who said this guy wasn’t a right-wing extremist (WHIO):

The last straw in Will El-Fakir’s relationship with Betts was when he pulled out a gun and held it near El-Fakir’s head about five months ago, he said.

“He was getting a little violent with friends,” El-Fakir said. “He started bringing guns around us for no particular reason.”

When the pair cut ties five months ago, it wasn’t the first time they’d had problems. A few years earlier, El-Fakir said, Betts was using drugs and “was definitely not in a right state of mind.” Police haven’t confirmed any past or contemporary drug use by Betts.

“I don’t know if this is the motive that made him snap,” El-Fakir said, “(but I think) he donned himself with that ballistic vest just to show people how easy it was to arm themselves. It’s pure speculation.”

“He never once spit out a conservative opinion on gun control,” El-Fakir said.

You don't have to be a detective to figure out why the liberal media would rather have this story just fade away. It's not the right kind of mass shooting.