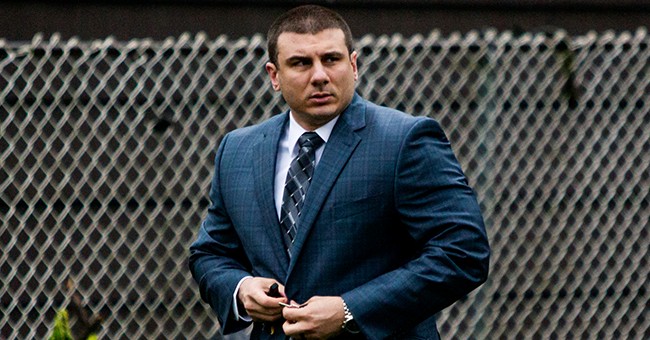 It’s been five years since the death of Eric Garner, one of the victims of alleged police brutality that set off the Black Lives Matter protests nationwide. Garner died in July of 2014, a little less than a month before the Michael Brown shooting in Ferguson, Missouri. Garner was accused of selling “loosies,” which are individual cigarettes. This activity is illegal. The heated confrontation led to NYPD Officer Daniel Pantaleo putting Garner in a chokehold. It was a contributing factor in his death. His weight and high blood pressure were also contributing factors. A chokehold is not standard department policy, having been banned since 1993. A grand jury was conceived and declined to charge Pantaleo who was slapped with two prior civil rights lawsuits. Unlike the Brown shooting, which was a clean shoot, Garner had many wondering if there should have been charges. It was on video. Garner can be heard saying he can’t breathe. The Federalist’s Sean Davis noted at the time that the case seemed to be a “slam-dunk” for second-degree manslaughter. At the federal level, the decision to bring charges forward was a long, tortured process. The Department Of Justice announced today to no charges will be filed, adding that mere video evidence was not enough to move forward on civil rights motion (via WaPo) [emphasis mine]:

Wow. There will be no federal charges brought against the police officers in the death of Eric Garner, per @jeffpeguescbs and @ClareHymes22.

The Justice Department will not bring federal charges against any police officers involved in the death of Eric Garner, a 43-year-old black man whose videotaped takedown in New York in 2014 helped coin a rallying cry for those concerned about law enforcement’s treatment of minorities, two people familiar with the matter said.

For Garner’s supporters, the decision is a disappointing — albeit long expected — end to a case that had languished for years as various components of the Justice Department disagreed about what to do.

Prosecutors, including Richard P. Donoghue, the U.S. attorney in Brooklyn, plan to deliver the news to Garner’s family in a meeting Tuesday morning. The development was first reported by the New York Times. The people familiar with the decision spoke on the condition of anonymity because of the matter’s sensitivity.

Civil rights prosecutors had advocated vigorously for charges in the case, though they met fierce resistance from their counterparts at the FBI in New York and, at least in the past, the U.S. attorney’s office in Brooklyn.

The Justice Department ultimately removed New York FBI agents from the team of investigators, and — soon before leaving office — Attorney General Loretta E. Lynch authorized the department to move forward. But the decision came so late in her tenure that it was impossible to take all the steps necessary to procure an indictment before President Trump’s appointed Justice Department leaders came in. When they did, the case continued to stall.

Substantiating federal civil rights charges against police officers for on-the-job incidents can be challenging. Prosecutors must present evidence that speaks to an officer’s intent, and it is not enough for them merely to show that an officer acted negligently or recklessly.

Well, that settles it. Often times, the allegations lobbed at police departments for doing their jobs is overblown, but in the cases of Garner and Walter Scott in South Carolina—little if anything could be said to defend the actions of the police. In the Scott case, the video graphically captures Scott being shot multiple times and killed as he tried to run away. The officer involved, Michael Slager, was sentenced to 20 years in jail.