Please, Jeff Sessions, For All That Is Holy, Run For Alabama Senate In 2020 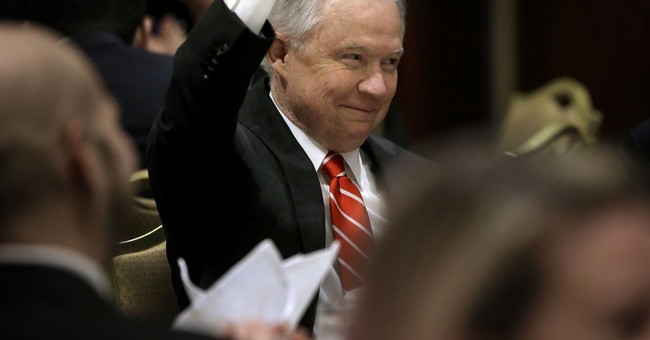 Alabama is an interesting state. It passed one of the most anti-abortion laws in the country, while also passing a gas tax. It has a Democratic senator filling the remainder of Sen. Jeff Sessions’ term, who resigned to become President Trump’s attorney general. He was fired a day after the 2018 midterms. Okay—for all those who are picky, he was asked to submit his resignation at the president’s request. Democrat Doug Jones won the 2017 special election, no thanks to Republican Roy Moore’s past allegation of sexual misconduct. Some of the victims were under the age of 18 at the time. That race was a disaster. And we could be hitting the iceberg again.

Make no mistake this seat should be heavily favored for the GOP in 2020. Jones won because Moore was a trash candidate. This race is ripe for the GOP to retake it. There aren’t many seats up for grabs on the 2020 Senate election map. Most of the states where Democrats are defending are deep blue states. For Jones, he doesn’t need to etch his political epitaph because Moore is going to run again (via AP):

Alabama Republican Roy Moore announced Thursday that he is running for U.S. Senate again in 2020 after failing to win the seat two years ago amid sexual misconduct accusations.

With his return to the political stage, Moore faces a crowded GOP primary field as he aims for an eventual rematch against Democratic Sen. Doug Jones, who bested him in the 2017 special election to fill the seat previously held by Jeff Sessions.

“I believe in America. I believe we’ve got to have politicians that go to Washington and do what they say,” Moore said during his announcement.

Former Sen. Jeff Sessions has to run for his old seat. Yes, he was a bit squishy on the Russia probe, recusing himself much to the ire of President Trump, but there is no doubt that Trump would work hard to get him his old seat back. It’s good for the party. We won’t have to be bogged down with more of Moore’s insanity. And with Sessions as the GOP candidate, our chances of retaking the seat should move into the ‘sure thing’ column.

The question is will Sessions wade back in the political waters? Right after he was forced to resign, there were reports that he was looking into running again. Then, in December of 2018, it seemed he might be moving on with his life. Yet, as time passes, opinions can change. In May, Sessions appears to have changed his tune, not ruling out mounting another Senate run (via the Hill):

“I haven’t made a formal announcement about the Senate race, but I am interested about the issues,” Sessions, who represented Alabama in the Senate for 20 years before becoming attorney general, said Wednesday at the SALT Conference in Las Vegas when asked about his political future.

“I’d love to see us bring more intellectual heft behind those positions. I think it exists, and maybe I can contribute some in that,” he added, saying he backs several of President Trump’s policies on trade, foreign intervention and immigration.

Sen. Richard Shelby (R-AL) reiterated the report that Sessions hasn’t ruled out running, while adding that he would “clear the field” if he did decide to run again. Run, Jeff, Run! Please. All energy needs to be defending the president, pushing his achievements, and easily defending the rest of the 2020 GOP Senate map, which is pretty stable. That could go awry if that race becomes nationalized with Moore’s antics and a rehashing of his cruising days through malls. Remember Todd Akin? Do we want to risk that again next year? Akin was a plague on the GOP in 2012 for his moronic remarks about rape. For Moore, we saw what happens when the race is nationalized. He loses. The party is forced into a no-win situation, the only difference in 2020, is that the fallout could spread all over. We don’t need that.