Robert Kraft Wallowed In Orchids Of Asia...He Got Pinched For it 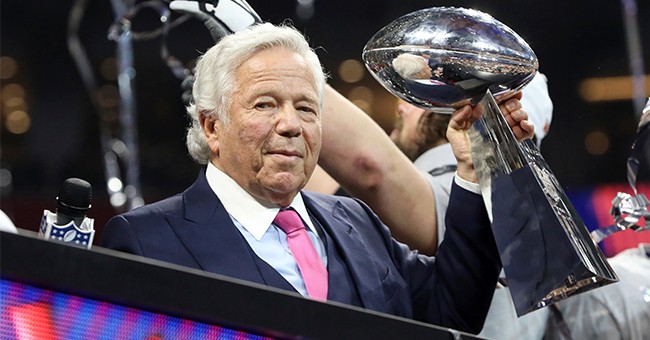 We’re back. It’s another episode. And a lot is going on in Venezuela, Vietnam, and Orchids of Asia. The Latin American nation is a total disaster. The people are starving. The nation is plagued with endless problems concerning the distribution of basic supplies. Humanitarian aid is available, but Nicolas Maduro, the successor to the late Hugo Chavez, isn’t allowing any of it into the country. He thinks the U.S is orchestrating the nation’s economic woes. The new red line has been crossed, however. Univision’s Jorge Ramos was reportedly detained after Maduro didn’t like his questions. Ramos is an American citizen. This cannot be tolerated.

Across the Pacific, President Trump has landed in Vietnam for his planned summit with North Korea, which hasn’t had a missile test since 2017. Will there be a deal on long-range ICBMs? Will the Korean War be declared over? We’ll see.

Concerning things happening stateside, the Democratic Party blocked a born-alive abortion bill that would have protected babies who survive this heinous procedure. Forty-four Democrats voted to block it. The party is now officially pro-infanticide.

On a lighter note, if you need another reason to view vegans as trash, this bride refused to invite members of her family because they eat meat, saying she will not be hosting “murderers.” Frankly, those disinvited dodged a bullet. They save money and are spared the misery of being around this terrible woman.

On the smorgasbord, Duke, a four-term ceremonial mayor who also happens to be a dog, has died, India and Pakistan might go to war, Theresa May is still bungling Brexit, and Ocasio-Cortez’s Green New Deal will cost $93 trillion.

So, with nuclear war upon us, we might as well go to Orchids of Asia, oh wait; is that too soon? I’m sure you know by now that New England Patriots owner Robert Kraft, who is also a MAGA supporter, was caught up in a prostitution sting. He visited the spa in Jupiter, Florida on the day of the AFC championship game. Yet, this wasn’t just a prostitution sting. The women involved were allegedly part of a human trafficking ring, so it’s not truly a victimless crime. Police had been monitoring the site for a lengthy period of time, and there’s video evidence to corroborate many of the charges (via NYT):

Robert K. Kraft, the billionaire owner of the Super Bowl champion New England Patriots, was charged on Friday with two counts of soliciting sex as part of a wide-ranging investigation into prostitution and suspected human trafficking in South Florida.

The charges against Mr. Kraft, 77, in Jupiter, Fla., came after the police used video surveillance to observe activity inside several day spas and massage parlors. The police said that the parlors had been used for prostitution and that many of the women involved were considered to be victims.

The investigation involved several law enforcement agencies and resulted in raids and arrests connected to nearly a dozen businesses in the region. At least one person was charged with human trafficking; others, including several women, are accused of racketeering and money laundering. More than two dozen customers, men ranging in age from their 30s to at least one in his 80s, have been arrested; hundreds have been charged, the police said.

More on the seedy findings:

Something was amiss at a massage parlor near one of the wealthiest barrier islands in Florida.

First, a health inspector spotted several suitcases. Then she noticed an unusual stash of clothing, food and bedding. A young woman who was supposed to be a massage therapist spoke little English and seemed unusually nervous.

The inspector reported her findings to the police. They would eventually learn that her suspicions were right: The women were not just employees: They were living in the day spa, sleeping on massage tables and cooking meals on hot plates in the back. Some of them had had their passports confiscated.

“I don’t believe they were told they were going to work in massage parlors seven days a week, having unprotected sex with up to 1,000 men a year,” said Sheriff William D. Snyder of Martin County, whose office opened the investigation. “We saw them eating on hot plates in the back. There were no washing machines. They were sleeping on the massage tables.”

The women were shuttled from place to place — not only to nearby parlors but also across the state, said Sheriff Snyder. Sheriff’s deputies in Orange County, Fla., became involved in the investigation when women from the state’s Treasure Coast region were traced back to the Orlando area.

Listen, Kraft probably should’ve just paid the premium rate to avoid this legal mess. The man is worth enough to afford the classier escort. So, with that, we’ll see you on Thursday.