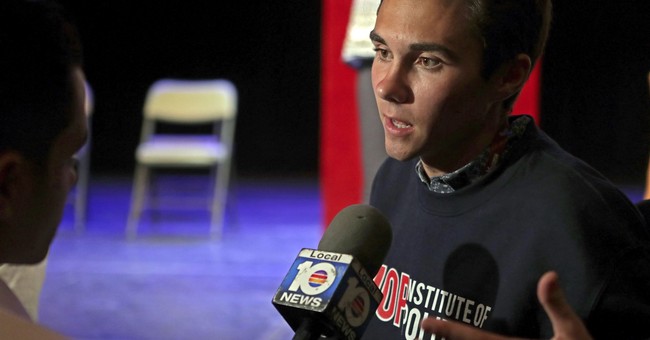 It’s been a year since the tragic shooting at Marjory Stoneman Douglas High School, which left 17 people dead. It was an event that spurred another massive wave of anti-gun activism that yielded results. At the state level, Florida banned all gun sales to those under the age of 21. This included long guns. Then-Gov. Rick Scott signed it into law prior to his 2018 Senate election win. Yes, it’s being challenged in court. In Vermont, Gov. Phil Scott signed similar legislation into law, along with a ban on so-called high-capacity magazines. The law prohibits magazines that carry more than 10 rounds for rifles and 15 rounds for handguns. The point is the anti-gun Left scored some victories. Both governors were A-rated by the National Rifle Association. And with a Democratic House, we’re going to have to be as vigilant as ever concerning Second Amendment rights.

So, after a year, has the rhetoric died down? CNN held a shameful town hall that devolved into a kangaroo court atmosphere days after the tragedy. It was an exclusive event for liberal Floridians in one of the bluest parts of the state to bash the NRA, Republicans, and gun owners. It was a space for them to throw a tantrum. On MSNBC yesterday, David Hogg said that AR-15 owners are “hunting” human beings. The AR-15 is one of the most popular rifles on the market. Millions of Americans own them. Also, no, no the rhetoric of the insane anti-gun Left has not moderated. They’re still as insane as ever (via Free Beacon):

After telling viewers that Americans need to find unity in addressing gun violence, Hogg was asked about his recent efforts to ban certain kinds of semiautomatic firearms at the state level. He said he and other March for Our Lives activists had introduced a ballot initiative to ban so-called assault weapons in Florida. He said those who own an AR-15, the most popular rifle in the United States, want to hunt other people.

The National Shooting Sports Foundation, the trade group for the firearms industry, estimated last year that more than 16 million AR-15 and similar rifles had been produced or imported to the United States over the past 25 years.

We’ll be here until you’re ready to have a serious conversation. I’m guessing it’ll be a long, long time.