North Carolina House Speaker To Trump: Hey, You Can Deliver The State of The Union In Raleigh 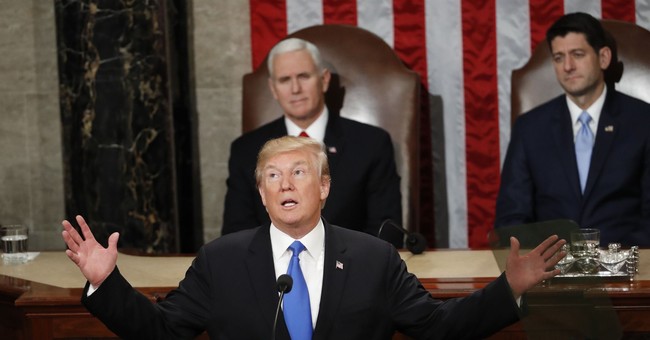 The government shutdown has opened up another front: the State of the Union. Speaker of the House Nancy Pelosi has virtually disinvited President Trump from delivering the address slated for January 29th. Pelosi cited the shutdown and the security concerns, which were debunked by the Secret Service. The agency said they’re prepared to protect the president under any circumstance. Pelosi took a swipe, and Trump responded. He canceled the Democratic delegation’s trip to Afghanistan.

Today I extended an invitation to President @RealDonaldTrump to deliver his second State of the Union address in the chambers of the North Carolina House of Representatives. https://t.co/e6Ano6ohJ5 #ncga #ncpol

It is my sincere pleasure as the Speaker of the North Carolina House of Representatives to invite you to deliver your second State of the Union Address in our chamber of this state’s General Assembly.

I attended your first State of the Union address in Washington D.C. last year.  It was an unforgettable experience to witness this tradition of our commander-in-chief’s speech to a joint session of Congress.

I also believe taking your message outside of the nation’s gilded capital to a state government venue reflects the priorities of your administration, and those of our Congress, to create success not only for federal institutions and programs but for the American people they serve.

North Carolina, like Washington D.C., has a balanced government that provides opportunity for all voices to be heard through dialogue rather than division.  Our rapidly growing state is one of the 10 most populous in the nation and a welcoming place for all, including more than a million active-duty members of the military and brave veterans.

During this critical period for leaders of our country to listen to one another, reach compromises on disagreements, and resolve to work together to reopen our nation’s government, it is essential that citizens of the United States hear directly from their elected President on these efforts.

The majestic character of our state House chamber and the splendor of North Carolina’s breathtaking landscapes are a fitting venue to deliver your second State of the Union address.

The President of the United States is always welcome in the Old North State, where the weak grow strong, and the strong grow great.  In fact, President Bill Clinton addressed a joint session of the North Carolina General Assembly here on March 13, 1997.

I am honored to invite you to speak to the American people in this year’s State of the Union address from the North Carolina House of Representatives.

Another suggestion: hold a rally on January 29th if the Democrats continue to screw with you, Mr. President.