Want Another Liberal Meltdown? Trump Should Do What Rand Paul Suggested For The State Of The Union 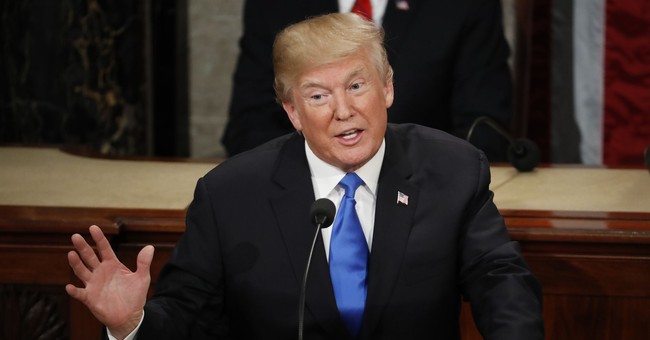 President Trump is a fighter, and he’s taken the government shutdown to new entertaining heights. House Democrats and the Trump White House are duking it out over border security. Trump wants $5 billion for parts of a border wall. Rabid House Democrats, fresh off their 2018 wins, aren’t playing ball. The shutdown has lasted over 20 days, and there is no sign of it letting up. So, with the State of the Union address scheduled for January 29th, Speaker Nancy Pelosi suggested delaying the speech over the shutdown and security concerns, with an emphasis on the latter. It was total nonsense. The Secret Service even said in any situation they’re prepared to keep the president and the VIP safe. House Majority Leader Steny Hoyer (D-MD) cleaned up a little bit of Pelosi’s mess by saying that the SOTU isn’t officially canceled. In response to Pelosi’s maneuvering, Trump grounded her planned trip to Brussels, Afghanistan, and Egypt.

Sen. Rand Paul (R-KY) had a suggestion today while on Fox Business’ Maria Bartiromo’s show…why not deliver the address in the Senate chamber. He also ripped into Pelosi for her overtly partisan antics, calling it an affront to the office of the presidency to even consider canceling the address (via RCP):

"I think it is an affront to the president and to the office of the presidency, really, for [Pelosi] to have the gall to say, 'No State Of The Union.' I can't imagine they'll try to follow through with it, but if they do, my suggestion to Sen. McConnell would be to invite [Trump] to the Senate," Paul said.

"That would defy protocol, but [Pelosi] is already defying protocol," Paul continued. "We've never had a State of the Union canceled, and so I think it is pretty galling and very partisan of her to want to do that."

"So we'll see if it stands, and if it stands I'd say he should be invited to speak in the Senate."

"There are not as many seats," he added. "If you had to, you could open the gallery and have House members, some standing and some in the gallery. You could probably accommodate everyone on the Senate side."

If Trump wants to trigger another liberal meltdown, he should do it. CNN and MSNBC would go insane.