House Majority Leader Breaks With Pelosi: 'A Wall That Protects People Is Not Immoral' 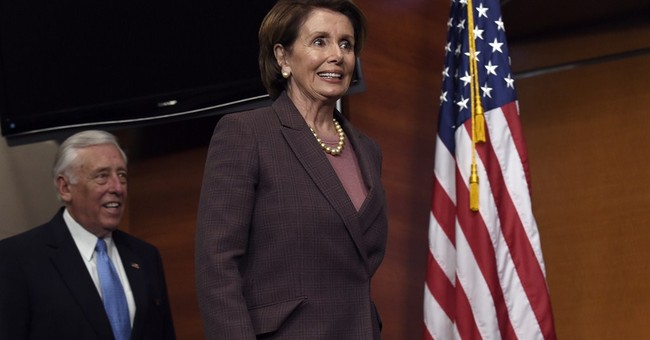 Border security is an issue where the Democratic Party is suffering from schizophrenia. They were for it before they were against it. Donald Trump winning the 2016 election caused that, despite some very prominent Democrats, like Barack Obama, supporting border barriers in times past.  Now, the war cry is that “a wall is an immorality.” That is coming from Speaker Nancy Pelosi. Walls are immoral. So, what about illegal aliens who murdered American citizens? Apparently, that’s not a concern; dreams of amnesty and expanded Democratic voter rolls have clouded the liberal mind.

Yet, House Majority Leader Steny Hoyer appeared to have broken ranks with Pelosi, saying that it’s not a question of morality, but rather functionality and practicality. Also, a wall isn’t immoral if it protects people. Hoyer made these remarks in an interview with Fox News’ Bret Baier last night (via RCP):

NANCY PELOSI, (D) HOUSE SPEAKER: A wall is an immorality. It’s not who we are as a nation. It’s a wall between reality and his constituents. His supporters.

MITCH MCCONNELL, (R) SENATE MAJORITY LEADER: The speaker has recently defined a brand new dogma for the Democratic Party. Actually enforcing our immigration laws with the help of physical barriers is quote, “an immorality.” It seems like Democrats are happy to take their cues from the gentlelady from San Francisco and her extreme fringe position.

BAIER: And do you agree with that, Mr. Leader?

HOUSE MAJORITY LEADER REP. STENY HOYER (D-MD): No. Well, I -- with that, the guy I just heard was Senator McConnell. I don’t agree.

BAIER: No, about the immorality.

HOYER: I don’t agree with that. Look, I don’t think this is an issue of morality; it’s an issue of does it work? And Senator Cornyn, Senator Graham, other members of the United States Senate have put in question whether a wall works, whether that is the best way to secure the border.

HOYER: A wall is -- that protects people is not immoral. I think the issue is whether it works.

So, do walls work? I think they do.