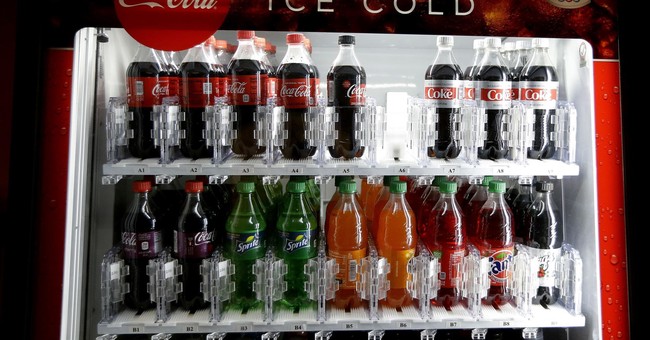 A successful grocer in the Philadelphia area has been forced to close one of his Shoprite locations because of the city’s absurd soda tax. The owner, Jeff Brown, says that it wasn’t local competition that cut into the profitability of the location. He blames Mayor Jim Kenney’s soda tax. Brown isn’t a political actor. In fact, he’s adopted progressive work practices, like hiring ex-offenders, according to the Philadelphia Inquirer. The employees that were at this location will be transferred to Brown’s other stores. The publication noted that Mr. Brown earned the praise of then-President Barack Obama for opening stores in so-called “food deserts,” or areas where access to healthy or affordable food was absent. The mayor’s office is still sticking to its guns concerning the tax, which pays for pre-K and a variety of social and public works project (via Philly.com):

A ShopRite store in West Philadelphia will close in March, its owner announced Wednesday, placing blame on Philadelphia’s tax on soda and other sweetened beverages for a 23 percent loss in sales that has made the store unprofitable.

“This store is closing because of Jim Kenney’s beverage tax,” Jeff Brown, president and CEO of Brown’s Superstores Inc., said in an interview Wednesday morning as workers hung banners announcing the store will close it doors.

Brown said the store, near the edge of the city at 67th Street and Haverford Avenue, has experienced a drop in overall sales since the beverage tax went into effect and has been running at a net annual loss of more than $1 million.

The announcement amounts to the latest attack on the city’s 1.5-cent-per-ounce beverage tax that went into effect two years ago. Brown is broadcasting his reasons for closing the store with a large banner declaring it “a result of the Philadelphia Beverage Tax."

Brown said his other stores have also experienced drops in sales since the tax went into effect, but the losses have been greatest at the Haverford Avenue store because it is blocks away from the city border, where customers can choose to shop to avoid the tax. The store had $30.5 million in annual sales in 2016, the year before the tax went into effect, Brown said. In 2018, total sales were $23.4 million.

Declines in sales of taxed beverages account for 3 to 4 percent of the sales loss, Brown said, suggesting that the rest comes from customers' decisions to purchase all of their groceries outside of the city due to the tax.

While a Fresh Grocer, owned by Brown, and an Aldi supermarket have opened near the Haverford Avenue Shoprite in the last few years, Brown said those stores did not cut into business.

Brown said he told the store’s 111 employees about the closing in a meeting Wednesday morning, and informed them that they can remain employed with his company and will be transferred to one of his other stores in the region.

Well, as the saying goes, nothing is certain in life except death and taxes. In Mr. Brown’s case, taxes caused the death of one of his businesses—and it’s no shocker that a Democrat-led tax caused it. The soda tax went into effect in 2016, and the heavily Democratic State Supreme Court recently upheldlast summer. As for the revenue, well, the soda tax has been a rather…underwhelming when it comes to funding what its supposed to subsidize. Maybe the city can—you know—fund these programs without increasing taxeson the poor. Mayor Kenney is up for re-election this year.