Judge Has Dismissed Mia Love’s Lawsuit, But She’s Officially Ahead In The Vote Count 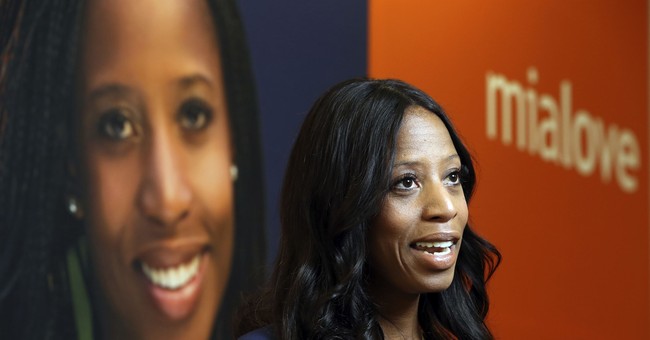 Beth wrote this week about Republican Rep. Mia Love’s lawsuit over ballot signatures in her very tight re-election race. At the time, she was trailing her Democratic opponent Ben McAdams. Prior to the ruling, The Cook Political Report’s David Wasserman said that Love is favored to prevail, and it looks she will do that.This comes hours a ruling on that lawsuit was handed down; a judge tossed it. But there’s no need to despair. She officially took the lead yesterday, though its within the margin of recount territory (via The Hill):

BREAKING: As expected, #UT04 GOP Rep. Mia Love (R) has pulled into the lead over Ben McAdams (D) by 419 votes. Hard to see how she relinquishes it now. https://t.co/nfsptUdHiN

Incumbent Rep. Mia Love (R-Utah) pulled ahead in her race against Democrat Ben McAdams for the first time Friday as an updated vote count in Utah County gave her a narrow lead.

Love is currently ahead by 419 votes after Friday’s tally, reversing her previous deficit of more than 1,000 votes, according to the Utah secretary of state's website.

McAdams, the mayor of Salt Lake County, had spent the week in Washington as part of new member orientation, the Salt Lake Tribune noted.

Thousands of provisional ballots remain uncounted and Love’s current margin is well within the 0.25 percent to trigger a recount in Utah.

It's still a nail-biter, but it seems Love will just barely win another term in Congress. It's a hold the GOP needed in the House, as they've lost close to 40 seats.