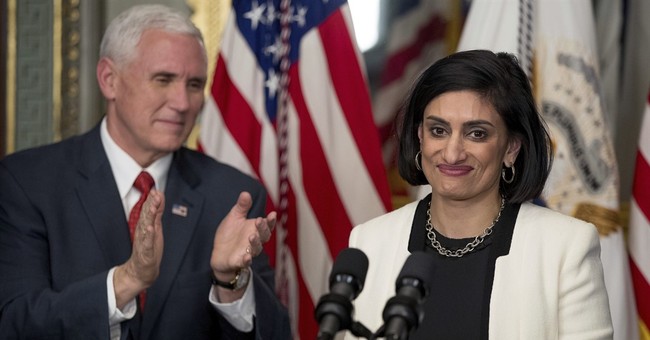 Halloween has come and gone, but it’s always a fun time to make fun of liberals. They lecture about what is and what isn’t appropriate, which is why I give a huge middle finger to that slice of the country by donning a Confederate soldier uniform every year. And it goes without saying…I don’t give a crap about cultural appropriation. I don’t care if some insufferable progressive finds a white guy wearing a sombrero offensive. Go to hell is what I say.

Also, if anyone wants to be Fu Manchu or anything Asian-oriented, knock yourself out—though you’ll have to wait until next year. That being said, the head of the Centers for Medicare and Medicaid Services (CMS), Seema Verma, tweeted what she considers the scariest Halloween costume: Medicare for all. Needless to say, the pro-socialized medicine/Democrat/progressive wing of the country was not pleased. They were quite…triggered:

Did I get your attention? Good. Medicare for All isn’t a joke. It’s a multi-trillion dollar drain on the American economy that will bankrupt future generations. It’s government controlled health care that will strip choice away from millions. It’s a bad idea. And it IS scary.

You are a disgrace

And the award for most terrible person in government goes to..

I'd imagine the families of the thousands of Americans who die every year because they have no health insurance would not find your Halloween "joke" funny whatsoever.

Medicare for all has become one of the cornerstones of the progressive Left. It’s going to cost us trillions, it’s going to lead to the rationing of care, and support for it drops when voters realize that their employer-based plans would have to be gutted to make room for this total government takeover over of health care. The Left also has no real plan to pay for it. We’ve seen their serial failure in trying to do so.