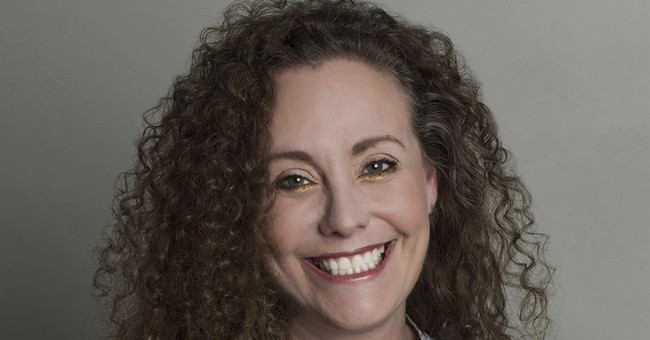 While the news has been dominated by the arrest of a Florida man who is suspected of sending explosive devices to top Democrats and former presidents, we have another episode of Democrat-media complex: Brett Kavanaugh edition. Apparently, NBC News knew the accusations lobbed against Trump’s Supreme Court nominee by Julie Swetnick were total trash in September but sat on it until Swetnick and her lawyer, Michael Avenatti, were referred for criminal prosecution for making false statements to the Senate Judiciary Committee.

Swetnick was one of five accusers to lob baseless and unsubstantiated allegations of sexual misconduct against Kavanaugh. These stories were dropped at the last minute, and all of it reeks of a political hit job. It failed. Kavanaugh was confirmed, but not before his reputation was irreparably damaged. Out of the five, two were rejected outright—one accusation was recanted. The three accusations that dominated the news were Christine Blasey Ford, who alleges Kavanaugh tried to rape her at a high school party, Deborah Ramirez, who says the judge exposed himself at a college party, and Swetnick, who says that Kavanaugh was part of a gang rape ring in high school.

All of these stories lack evidence and witnesses. It’s gossip. And Swetnick’s story is total garbage. She was a college-aged old woman who hung out with high school kids, saw these horrible things at their parties and continued to go to them and not tell anyone. It’s just unbelievable—and NBC News found plenty of exculpatory accounts that totally destroyed her shoddy claims against now-Associate Justice Brett Kavanaugh (via NBC News) [emphasis mine]:

NBC had information about this discrepancy since Sept. 30, and we're only hearing about it all now. Kate Snow did a good job in her Oct. 1 interview with Swetnick of teasing out the discrepancies. But why is Avenatti's role only now being revealed? https://t.co/ukmy8VZrRC

Was this an intentional attempt to mislead our reporters? Evidence points that way... https://t.co/MOxE8WiGK4

Chuck - why do you continue to attack accusers? You would think that after what just happened to your colleague, you would stop protecting abusers. You are an example of why women don’t come forward - because men like you attack and shame them. Pls learn about sexual abuse.

So not only does it look like it's possible that @NBCNews did Avenatti a solid in their attempts to destroy Kavanaugh but it looks like @TIME did too.

ICYMI: NBC News withheld exculpatory information on Kavanaugh regarding Avenatti/Swetnick's claims for 3 weeks. The network only published this damning report after Grassley referred Avenatti and Swetnick to DOJ. https://t.co/vRhXX2Ln25 via @dailycaller

In the NBC News interview that aired on Oct. 1, Swetnick back-tracked on or contradicted parts of her sworn statement where she alleged she witnessed then-Supreme Court nominee Brett Kavanaugh "cause girls to become inebriated and disoriented so they could then be 'gang raped' in a side room or bedroom by a 'train' of boys."

NBC News also found other apparent inconsistencies in a second sworn statement from another woman whose statement Avenatti provided to the Senate Judiciary Committee in a bid to bolster Swetnick's claims.

In the second statement, the unidentified woman said she witnessed Kavanaugh "spike" the punch at high school parties in order to sexually take advantage of girls. But less than 48 hours before Avenatti released her sworn statement on Twitter, the same woman told NBC News a different story.

Referring to Kavanaugh spiking the punch, "I didn't ever think it was Brett," the woman said to reporters in a phone interview arranged by Avenatti on Sept. 30after repeated requests to speak with other witnesses who might corroborate Swetnick's claims. As soon as the call began, the woman said she never met Swetnick in high school and never saw her at parties and had only become friends with her when they were both in their 30s.

When asked in the phone interview if she ever witnessed Kavanaugh act inappropriately towards girls, the woman replied, "no." She did describe a culture of heavy drinking in high school that she took part in, and said Kavanaugh and his friend Mark Judge were part of that group.

According to the second woman's declaration that Avenatti provided to the Senate Judiciary Committee, she said: "During the years 1981-82, I witnessed firsthand Brett Kavanaugh, together with others, 'spike' the 'punch' at house parties I attended with Quaaludes and/or grain alcohol. I understood this was being done for the purpose of making girls more likely to engage in sexual acts and less likely to say 'No.'"

The statement also said that Kavanaugh was "overly aggressive and verbally abusive to girls. This conduct included inappropriate physical contact with girls of a sexual nature."

But reached by phone independently from Avenatti on Oct. 3, the woman said she only "skimmed" the declaration. After reviewing the statement, she wrote in a text on Oct. 4 to NBC News: "It is incorrect that I saw Brett spike the punch. I didn't see anyone spike the punch...I was very clear with Michael Avenatti from day one."

When pressed about abusive behavior towards girls, she wrote in a text: "I would not ever allow anyone to be abusive in my presence. Male or female."

And this isn’t the only instance where the media gave cover to Avenatti. Time Magazine appears to have sat on his remarks about the 2020 Democratic candidate since the summer. Avenatti said that whomever the Democrats pick better be a white male, which has earned him some blowback from the zombie legions of the progressive Left.

What’s best about this is that a) the liberals lost; b) Kavanaugh is on the Court, and c) Avenatti is cooked. Finished. But this whole saga is just another confirmation that the Democratic Party and the elite media are biased and they will continue their love affair because there is no accountability until they get caught of course. And folks wonder why the media isn’t trusted.

I criticize Ashley a lot, but this is genuinely hilarious. Very well done. https://t.co/db2bMjQvRF

Translation: @ashleyfeinberg tolerated Avenatti's defamation of Kavanaugh when the public didn't know Avenatti was a monster, but now the PR doesn't look so good. https://t.co/BNV30a9W9K