PETA: If You Drink Milk, You Support Racism, Or Something 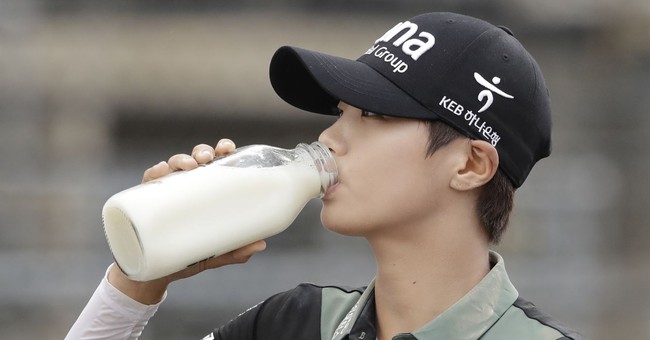 At first, I thought this was a parody. It had to be. Everything has become a political battlefield. From television shows, food, clothes, and even hairstyles, the liberal, politically correct are policing things they find problematic. And now we’re dredging this nonsense from the grave: milk is racist. And take a wild guess on who’s pushing this trash. Yeah, it’s People for the Ethical Treatment of Animals (PETA). They’re unspooled. So, how is milk racist or used as a supposed symbol of white supremacy? White people have an enzyme or something. The New York Times got in on this drivel, and spent way too much time on it:

Cows' milk has long been a symbol used by white supremacists.

“Studying human genetic diversity is easier in a society where diversity is clearly valued and celebrated — right now, that is very much on my mind,” said John Novembre, a University of Chicago evolutionary biologist who has taken to concluding his visiting seminars by illustrating how one of the field’s textbook examples of natural selection has been adopted for illiberal ends.

One slide Dr. Novembre has folded into his recent talks depicts a group of white nationalists chugging milk at a 2017 gathering to draw attention to a genetic trait known to be more common in white people than others — the ability to digest lactose as adults. It also shows a social media post from an account called “Enter The Milk Zone” with a map lifted from a scientific journal article on the trait’s evolutionary history.

In most of the world, the article explains, the gene that allows for the digestion of lactose switches off after childhood. But with the arrival of the first cattle herders in Europe some 5,000 years ago, a chance mutation that left it turned on provided enough of a nutritional leg up that nearly all of those who survived eventually carried it. In the post, the link is accompanied by a snippet of hate speech urging individuals of African ancestry to leave America. “If you can’t drink milk,” it says in part, “you have to go back.”

So what? Let white nationalist idiots drink milk. I love milk. Does that make me a white nationalist supporter?  Millions of Americans (and Lord knows how many hundreds of millions of others) of all ethnicities, creeds, and racial groups drink milk—and we don’t give a crap that cows are allegedly abused. Keep milking those damn cows is all I have to say. I need milk for PB&J, cereal, pancakes, and a host of other foods. And no, I’m not a white nationalist. It’s a dumb reason to stop drinking milk, but since we’re on this subject, PETA, what do you call those who love chocolate milk?