TRIGGERED: Why Is CNN So Anti-Black Now? 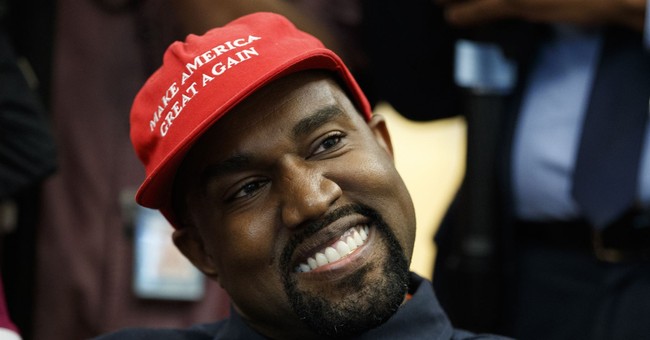 It’s Thursday, which means Storm and I have to talk about what is pissing us off at the current moment. Today, it’s CNN, and how they can’t handle guests describing left-wing whack jobs engaging in intimidating and menacing behavior as a mob. Hosts Brooke Baldwin and Don Lemon had aneurisms when CNN contributor Matt Lewis said that those liberals who chased Ted Cruz and his wife, Heidi, out of Fiola in D.C. acted like a mob.

Let’s run down the checklist: They tried to kill GOP members of Congress, sent powdery substances to public officials' offices, harass them in public, and now some 56-year-old man has been arrested for a suicide bombing plot planned for Election Day. Oh, Susan Rice’s conservative son was assaulted at Stanford. It’s a mob, though it’s no shocker that a straight trash news organization like CNN blithely ignores left-wing violence.

Heck, they’re now an anti-black network after they went after Kanye West, who betrayed the Democratic Party, in these people’s sick, sick minds, for having a different opinion about Donald Trump. The panel said West’s support for Trump is what happens “when Negroes don’t read.” They mocked his mental health issues. It was a full-blown character assassination. This is what happens when folks who Democrats think are entitled to their undying support decide to leave the plantation. These people called Kanye a “token Negro.” If this had happened on Fox News, there would have been endless outrage for weeks. Kanye was discussing prison reform with Trump. My, oh my—the world is ending.

Does driving people out of restaurants and banging on the Supreme Court walls sound “pretty mobby” to you? pic.twitter.com/2fiIyzedXF

Bill Cosby found himself in a similar situation, way before his rape conviction, when he delivered the infamous pound cake speech.

Also, the Philadelphia Eagles are taking a little road trip to MetLife to faceoff against the New York Giants. It’s a winnable game for my struggling Giants. It’ll be a slog, as always—and soggy. Rain and possibly lightning could erupt causing game delays. Despite being 1-4, the NFC East has, so far, been total garbage and the Giants are only 1.5 games behind first place. If they win tonight, they would be half a game ahead of the Eagles in the division and place some serious doubts into whether the Eagles are another Super Bowl contender. Kick off is at 8:20 pm ET.