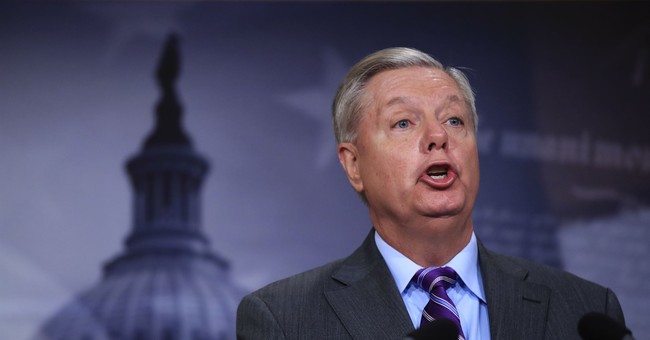 A third woman came forward Wednesday morning to accuse Supreme Court nominee Brett Kavanaugh of sexual misconduct. In this case, the woman accused him of engaging in repeated lewd behavior with women at parties in the early 1980s, and of putting drugs or alcohol in punch to cause women to become inebriated so they could be "gang raped" by a group of male partygoers.

Swetnick said that she attended more than 10 parties with Kavanaugh and Judge between 1981 and 1983."I witnessed Brett Kavanaugh consistently engage in excessive drinking and inappropriate contact of a sexual nature with women during the early 1980s," she said.

From my view, just when you thought it couldn’t get any worse, it just did.

I hope people will be highly suspicious of this allegation presented by Michael Avenatti.

I have a difficult time believing any person would continue to go to – according to the affidavit – ten parties over a two-year period where women were routinely gang raped and not report it.

Why would any reasonable person continue to hang around people like this?

Why would any person continue to put their friends and themselves in danger?

Isn’t there some duty to warn others?

I very much believe in allowing people to be heard.

I will not be a participant in wholesale character assassination that defies credibility.

BREAKING: Congressional sources say new Kavanaugh accuser Swetnick can offer no eyewitness or other evidence to show the SCOTUS nominee participated in any alleged "gang rape" or forced himself on girls, and that she only personally witnessed him drinking "excessively" at parties

IF this is true, this allegation cannot be treated as remotely serious. https://t.co/mjDOozxikl

Sen. Lindsey Graham isn’t having any of it, calling the allegation peddled by Avenatti and co. “highly suspicious.”

“I have a difficult time believing any person would continue to go to – according to the affidavit – ten parties over a two-year period where women were routinely gang raped and not report it,” said Graham.

So to summarize claims:

Swetnick graduated High School in 1980.
In 1982, as a college student, she was attending high-school parties where druggings & gang rapes occurred with regularity.
She went back to those parties 10 times.
She is just now reporting this, 37 years later.
Ok

“I very much believe in allowing people to be heard. But I am not going to be played, and I’m not going to have my intelligence insulted by the Michael Avenattis of the world. I will not be a participant in wholesale character assassination that defies credibility,” added the South Carolina Republican. And he’s not the only one who finds this story as being totally ridiculous. The delay Olympics are just beginning, folks. The question is whether the GOP will hold the line. They have to.  To allow these unsubstantiated allegations derived from what is increasingly looking like a political hit job take down an eminently qualified judge that some in Congress don’t like, is an unforgivable surrender. It cannot happen, and Republican voters will punish their party if they allow this weaponized gossip derail this nomination. Graham knows this as well saying, “If Republicans bail out on this good man because of the smears and character assassination perpetrated by Michael Avenatti, we deserve our fate.”

Sen. Lindsey Graham in a new statement: "If Republicans bail out on this good man because of the smears and character assassination perpetrated by Michael Avenatti, we deserve our fate.”