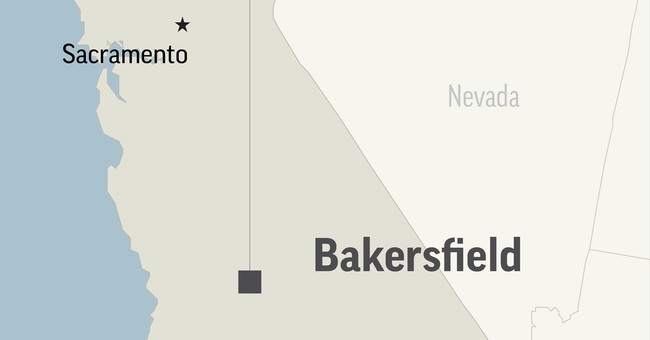 There was another tragedy in California last night. A spree shooter shot and killed five people, including his wife, and then committed suicide. Authorities say this was not a random shooting, that all of the victims are connected with this senseless act of violence, and that the spree arose from a domestic dispute (via NBC News):

Six people, including the gunman, were dead following a shooting spree in Bakersfield on Wednesday that authorities believe was an act of domestic violence, Kern County sheriff's officials said.

It was not clear why the man went on the rampage, but there may be a connection between the shooter and the victims — all described as adults, Sheriff Donny Youngblood told reporters.

The gunman shot himself as at least one law enforcer approached him, Youngblood said.

Sheriff's officials said there were multiple crime scenes, including at the trucking business and near a gun seller called Bear Mountain Sports. The area of the shooting spree was in unincorporated Bakersfield, which is patrolled by the sheriff's department.

Youngblood said detectives believe the gun store is not connected to the spree. A victim happened to be in the area and was chased around the building before being shot, he said.

Youngblood said at least a single handgun was used in the attacks, and he did not know if other weapons were deployed.

Police said the final report in this case could take a long time, as there are 30 witnesses to this heinous crime—all of which need to be interviewed. In the meantime, brace for more unnecessary and over-the-top anti-gun rhetoric from the usual suspects.