Thank You, Liberal Media: The Op-Eds Bashing Trump Was A Huge In-Kind Contribution To His Re-Election Effort 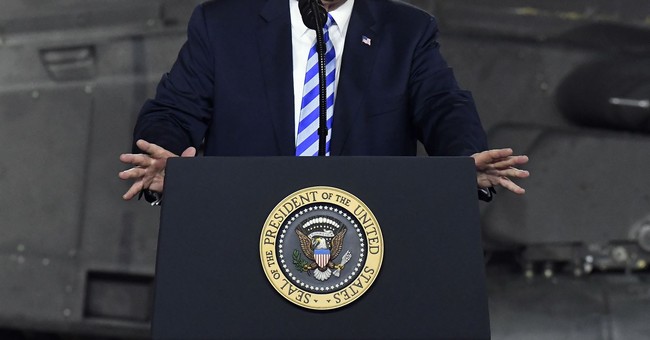 The liberal media decided they had enough of Donald Trump bashing them. So, around 300 news organizations ran op-eds saying, more or less, that Trump should stop hurting their feelings (via ABC News):

More than 300 newspapers joined a nationwide effort to publish editorials on Thursday pushing back against President Donald Trump’s ramped-up rhetoric against news media.

“This dirty war on the free press must end,” Marjorie Pritchard, the Boston Globe's editorial page deputy managing editor said in a statement obtained by ABC News. “It calls for urgent action by those committed to free speech and the free press to stand against a White House and its allies who are bent on eroding a pillar of an informed democracy.”

The Boston Globe first proposed a coordinated response by editorial boards nationwide last week as the president continues to rail against so-called “fake news” media organizations with claims that the press covers him unfairly.

Publications ranging from the New York Times to smaller regional publications such as the South Bend Tribune are part of the initiative.“We’re not your enemy. We just want to help make this community stronger. There’s nothing fake about that…,” the South Bend paper's editorial read and listed the staffers who are part of and report on the community.

THE FAKE NEWS MEDIA IS THE OPPOSITION PARTY. It is very bad for our Great Country....BUT WE ARE WINNING!

This is hilarious. These reporters actually think they’re fighting for a just cause, that they’re the ones of the frontlines for freedom. That’s their narrative. It’s total crap. No journalist is going to be black bagged, like in authoritarian regimes. This isn’t V for Vendetta. This isn’t Iraq. This isn’t storming the beaches of Normandy. You’re not firefighters. You’re just anti-Trump.

That’s fine, by the way. But we’ve had it—and don’t complain when conservatives fight back and don’t take any of your trash anymore.  Trump supporters like it when the president delivers an upper cup to the Democratic media establishment. We don’t care about your feelings. Just deal with it. This White House is not jailing journalists. And any threat to do so that gets you all worked up, is just confirmation of his original intent: to drive you crazy…because you’re stupid and corrupt. And when you recognize that—you can make the media do anything, as some people have said. We have a president who is fighting back against the liberal media’s pervasive bias and absurdity. I want him to continue to deliver punches—hard ones. And I think a lot of Republicans feel the same way. Freedom of the press is not under threat. Free speech is not under threat by Trump; that would be the zealous, illiberal progressive Left. So, thanks liberal media, you just gave a huge in-kind contribution to the Trump 2020 re-election campaign.

Also, not really feeling bad for an industry who can't report on how Trump fed koi fish properly.