Holy Crap: San Francisco To Deploy Poop Patrol To Clean Up Feces That Are Apparently Everywhere 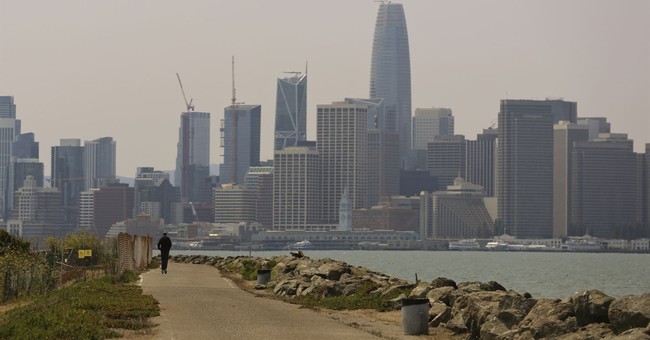 Well, we all know San Francisco is having problems. Forget the fiscal issues, there’s poop everywhere apparently. The city had to increase the street cleaning budget by 20 percent to deal with the uptick in feces being found all over the city. Even Mayor London Breed, who grew up in the city, noted that she’s never seen this much fecal matter on the sidewalks. The increase in homeless folks is also an issue and it’s contributed to the pooping problem. And it’s not just poop. NBC Bay Area did a survey of a 153-block survey of downtown San Francisco and it was a total disaster. There were used needles, around 100, and more than 300 piles of feces found along the 20-mile stretch they observed. Now, the city is unleashing the poop patrol. Heather Knight, who wrote about this development, added that a co-worker of hers actually stepped in poop…right in front of the city’s Department of Public Health  (via San Francisco Chronicle):

In a city where filthy sidewalks are many residents’ No. 1 complaint, City Hall has come up with a new way to deal with No. 2.

It sounds like silly elementary school banter, but it’s real. San Francisco is about to launch the Poop Patrol.

In about a month, a team of five Public Works staffers will begin patrolling the alleys around Polk Street and other hot spots in a vehicle equipped with a steam cleaner.

“We’re trying to be proactive,” explained Public Works director Mohammed Nuru. “We’re actually out there looking for it.”

I admit to giggling when Nuru told me about plans for the Poop Patrol the other day. But in a city where people called 311 to report feces a whopping 14,597 times between Jan. 1 and Monday morning, public piles of poop are serious business.

For the record, that’s about 65 calls regarding sidewalk poop every day. And it’s 2,427 more calls on the stinky subject than were made in the same time period last year.

In an ironic twist, a co-worker of mine stepped in a pile of poop in front of the Department of Public Health at Polk and Grove streets on Monday morning, experiencing that stomach-churning feeling so common to frustrated San Franciscans.

Yeah, that’s a lot of crap. And as for the intravenous drug use, well, these folks are just doing it anywhere, even in front of the mayor: