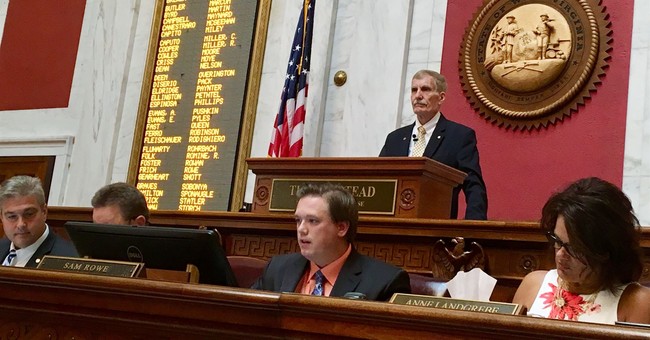 For the past couple of days, there were rumblings that what was left of West Virginia’s Supreme Court could be impeached. Well, it’s done. The House of Delegates formally charged the remaining four justices—Margaret Workman and Justices Robin Davis, Allen Loughry and Beth Walker—for misuse of state funds, among other things. The case now heads the state senate, where they will decide whether to remove these justices from office. If that happens, Gov. Jim Justice will appoint new judges. This is a first in the state’s history; no justice has ever been impeached (via WV Metro News):

Over the course of a long and contentious Monday, the House of Delegates approved articles of impeachment against four justices of the state Supreme Court.

Loughry, Davis and Margaret Workman were all named in impeachment articles claiming they circumvented state law to pay senior status circuit judges more than they were entitled to be paid during fill-in stints.

Shortly before midnight, Justice Beth Walker was included with her other three colleagues on an article saying they had failed to do enough to hold each other accountable.

“This is a sad day. There’s no cause for anyone to celebrate. But it is our duty. I think the public demands it,” said House Judiciary Chairman John Shott, R-Mercer.

The state Constitution gives delegates the power of impeachment, but only a trial in the Senate would actually remove justices from office.

If the Senate votes to remove justices from office, Gov. Jim Justice would fill the vacancies through appointment with the guidance of the state Judicial Vacancies Commission.

The other justice, Justice Menis Ketchum, had already resigned after agreeing to a guilty plea for wire fraud.