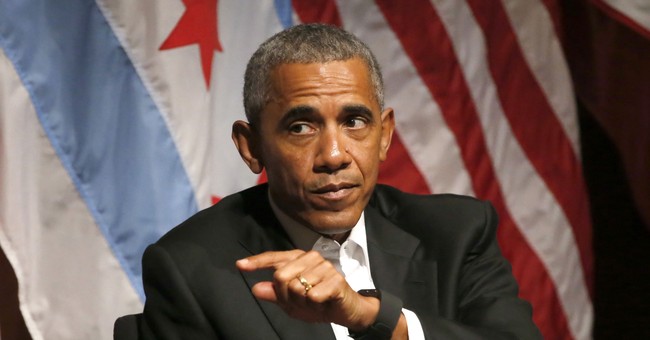 First, let me say that this is not to blame the former president for the tragic shooting at Marjory Stoneman Douglas High School in Parkland, Florida that left 17 people dead. Shooter Nikolas Cruz faced 17 counts of premeditated first-degree murder. He had purchased an AR-15 rifle days after he was finally expelled in February of 2017. On February 14, 2018, he returned to go on a rampage at the school. Cruz was an incredibly troubled young man. In all, federal, state, and local officials failed to act upon the red flags presented to them by this young man. The FBI received a tip on January 5 about him; they never forwarded it to their Miami office. FBI Director Chris Wray had to apologize that protocols were not followed. State officials kicked the can down the road regarding helping Cruz, who needed serious attention for his mental issues. The self-mutilation claims in 2016 should have been enough to commit Cruz to a state-approved facility for observation via the Baker Act. That would have come up on a background check and he would have been prevented from buying firearms. Local law enforcement visited his home multiple times; with some calls saying Cruz had pointed guns at people.

The shooting has sparked new calls for stricter gun laws, but the issue seems to be a total failure of government to keep the people safe. Maybe it isn’t guns—it’s that the system is staffed with incompetent people. Reforms are needed, yes—not a renewed legislative assault on Americans’ Second Amendment rights. Cruz got into fights and has been described as an incredibly difficult student. So, why wasn’t he expelled sooner? Isn’t being arrested, charged, and convicted of assault an offense that would bar someone from buying firearms? Yes, and it seems an Obama-era education policy that stressed alternative punishments, leniency, and group therapy in our classrooms is partially to blame. The intent may have been in the right place, but the path to hell is paved with good intentions. In Florida, this school-leniency policy prevented measures that could have barred Cruz from buying guns. Paul Sperry wrote for Real Clear Investigations about this policy. It’s not pretty:

Documents reviewed by RealClearInvestigations and interviews show that his school district in Florida’s Broward County was in the vanguard of a strategy, adopted by more than 50 other major school districts nationwide, allowing thousands of troubled, often violent, students to commit crimes without legal consequence. The aim was to slow the "school-to-prison pipeline."

“He had a clean record, so alarm bells didn’t go off when they looked him up in the system,” veteran FBI agent Michael Biasello told RCI. “He probably wouldn’t have been able to buy the murder weapon if the school had referred him to law enforcement."

In 2013, the year before Cruz entered high school, the Broward County school system rewrote its discipline policy to make it much more difficult for administrators to suspend or expel problem students, or for campus police to arrest them for misdemeanors– including some of the crimes Cruz allegedly committed in the years and months leading up to the deadly Feb. 14 shooting at his Fort Lauderdale-area school.

The new policy resulted from an Obama administration effort begun in 2011 to keep students in school and improve racial outcomes (timeline here), and came against a backdrop of other efforts to rein in perceived excesses in "zero tolerance" discipline policies, including in Florida.

Broward school Superintendent Robert W. Runcie – a Chicagoan and Harvard graduate with close ties to President Obama and his Education Department – signed an agreement with the county sheriff and other local jurisdictions to trade cops for counseling.

Needless to say, in other districts, this policy has created an environment of chaos in the classroom, as students know that they can not be expelled so easily:

"Broward County adopted a lenient disciplinary policy similar to those adopted by many other districts under pressure from the Obama administration to reduce racial ‘disparities’ in suspensions and expulsions,” said Peter Kirsanow, a black conservative on the U.S. Commission on Civil Rights in Washington. "In many of these districts, the drive to 'get our numbers right' has produced disastrous results, with startling increases in both the number and severity of disciplinary offenses, including assaults and beatings of teachers and students.”

Sperry wrote that one aspect to this policy’s restorative justice angle was to have healing sessions with counselors, in which the victim and perpetrator talk about their feelings and “root causes” of the emotions that led to whatever landed them in therapy in the first place. And that’s what this is—therapy. Because of this approach, no criminal record is ever created. No history of arrests, even when Cruz assaulted other individuals on multiple occasions:

Nikolas Cruz’s rampage suggests the limits of this approach.

A repeat offender, Cruz benefited from the lax discipline policy, if not the counseling. Although he was disciplined for a string of offenses -- including assault, threatening teachers and carrying bullets in his backpack -- he was never taken into custody or even expelled. Instead, school authorities referred him to mandatory counseling or transferred him to alternative schools.

By avoiding a criminal record, Cruz passed a federal background check in February 2017 before purchasing the AR-15-style semiautomatic rifle investigators say was used in the mass shooting. Just one month earlier, he was disciplined with a one-day internal suspension for an “assault” at Marjory Stoneman Douglas High School and evaluated as a potential “threat." It was his second offense for fighting in less than four months, but campus police did not make an arrest in either case -- as they typically did for repeat offenders under the district’s prior zero-tolerance policies, a review of the official “discipline matrix” used last decade reveals.

A little more than a month before the Feb. 14 shooting, the FBI hotline received a tip about Cruz being a potential school gunman, but it failed to take action. If he had been previously arrested and booked for the on-campus misdemeanors, the FBI intake specialist handling the call would have seen his violent history in the federal National Crime Information Center database, which includes all state arrests, convictions, warrants and alerts.

“Once the agent, or any officer, entered his name in the NCIC system, his history would have been viewed,” Biasello said.

What happened in Parkland was horrific. Some see this as a turning point in the gun debate. I’m highly skeptical. Support for stricter gun laws will dissipate. The usual menu of items anti-gun liberals want won’t pass. The National Rifle Association will only get stronger, with an increased membership and gun sales will probably see a spike. So, as we go down this course of events, let’s not forget the bureaucratic nightmare that prevented disciplinary measures against Cruz, which could have stopped him from buying guns. Because this seems to be part of the narrative that government straight up failed to protect the public.

Sadly, with the anti-gun Left demonizing Second Amendment supporters, gun owners, and calling NRA members terrorists—there can be no debate. In the meantime, bookmark these pieces by RCI and others showing how maybe new gun laws probably isn’t the best answer, adding to the FiveThirtyEight’s point that to see gun violence only through the lens of mass shootings, which are still incredibly rare, bad policy could arise. I wish we could have a discussion and find ways to better update NICS and provide more help to treat mental illness. We’re not going to get there this time.