Did The Denver Post Publish A Letter To The Editor That Insinuated Trump Be Executed For Treason? 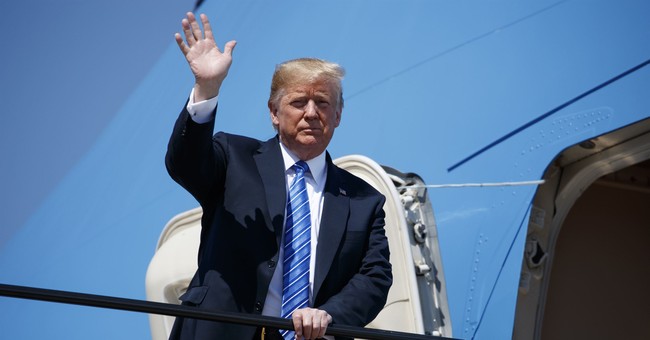 Well, this is just insane. The Denver Post decided to print a letter to the editor that pretty much suggested President Donald J. Trump be executed for treason. The insanity stems from the recent press conference President Trump had with Vladimir Putin, which was arguably not one of the best moments of the Trump White House. At the same time, any legitimate criticism was lost due to liberal hysteria and media overreach, namely this whack job theory that the president committed treason (via Free Beacon):

The Denver Post published a letter to the editor suggesting President Donald Trump should be executed for treason.

The letter, written by Suzanne Gagnon of Lakewood, was in response to the paper's editorial last week, which gave tepid praise of Gardner. The editorial argued the Republican senator "deserves credit" for taking a tough stance against Russia and sponsoring legislation to add Russia to the state sponsor of terror list.

Gagnon then compared Trump to the Rosenbergs, who were tried and put to death for espionage in 1953. She said there are "many more actions" that should be taken against Trump.

This is a sour grapes argument. Trump won and Hillary lost, therefore, the punishment is death. It’s a window into the liberal view that everything is on the verge of collapse under Trump, when the economy has never been better.  Where liberals erroneously see treason being committed, everyone else sees bigger paychecks, more economic opportunities, and low unemployment. In fact, unemployment is at near two decade low; black unemployment is at historic lows. The economy is booming, and while the president’s rhetoric might turn some people off, his polices at home and abroad are not radical.

The Denver Post replied to the Free Beacon, noting that this was not the intent of the writer, and that they would never run a letter suggesting that Trump be executed:

"We would never run a letter suggesting that the president of the United States be executed," said Megan Schrader, editor of the editorial pages. "Upon reviewing this letter, I don't think that was the letter writer's intent."

"She wrote to be critical of an editorial I wrote lauding Sen. Cory Gardner's efforts to impose sanctions on Russia and supportive of another editorial we had run that suggested actions Congress could take to respond to the Helsinki press conference," Schrader added.

Make up your own mind, I guess, but the whole treason aspect immediately meant this letter would be off the hinges.