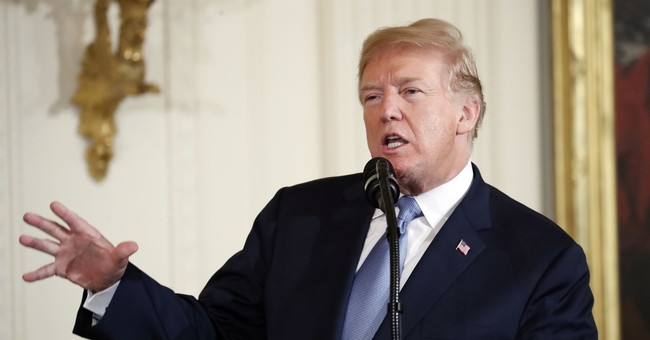 For weeks, the issue at the border has engulfed the Trump White House in controversy. Illegal alien families are being separated. It’s not a new policy; Obama did it. We’re enforcing federal immigration laws. That’s one of the reasons why Donald Trump was elected president of the United States. Yet, in recent days, we’ve been bombarded with images of immigrant families being split up. So, Trump decided to sign an executive order last week to stop this action at the border. The problem is that keeping these families together upon detention means there’s not enough room to house them. It’s slowly killing the zero tolerance border initiative Trump has enacted and will bring about the return of catch and release for illegal aliens. Not good.

Last night, a federal judge is ordering family separation at the border to end immediately, with migrant families already split up to be reunited as soon as possible (via NBC News):

BREAKING: Judge in California orders US to reunite families separated at border within 30 days, sooner for children under 5.

U.S. District Court Judge Dana Sabraw issued a preliminary injunction in a lawsuit filed by an anonymous woman from the Democratic Republic of Congo and backed by the American Civil Liberties Union, which pursued it as a class action as U.S. authorities began a "zero tolerance" policy in early May.

President Donald Trump issued an executive order to end the family separations last Wednesday, but the government has yet to reunite about 2,000 children with their parents.

The injunction orders immigration agents to:

Stop separating parents and children without an objective finding that a parent is unfit.

Reunify families with children under age 5 within 14 days.

Reunify families with children 5 years old and older within 30 days.

Let parents speak with their children by telephone within 10 days.

"The facts set forth before the court portray reactive governance — responses to address a chaotic circumstance of the government's own making," he wrote. "They belie measured and ordered governance, which is central to the concept of due process enshrined in our Constitution."

Sabraw, who was appointed to the district court by President George W. Bush, had said in earlier proceedings in the case that the government's policy "tears at the sacred bond between parent and child."

So, it was an order that pretty much said immigration authorities must follow...the president's executive order.