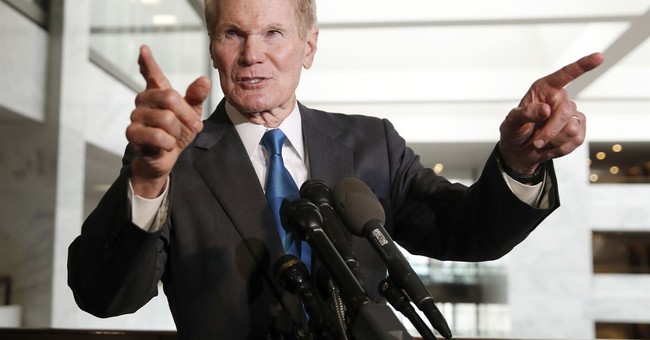 In the Sunshine State, Democratic Sen. Bill Nelson, is banking on incumbency and gun control to get him over the top. He’s been lucky throughout his Senate career in facing opponents who haven’t been the best, especially during his 2000 re-election campaign. This year is different—and he knew it. Last year, Politico reported that Nelson met with Senate Minority Leader Chuck Schumer and other Democrats ahead what will be a true contest. He’ll be fighting for his political life and he needs money. Republican Gov. Rick Scott, who is term-limited, has tossed his hat into the ring. Despite his recent betrayal of Second Amendment rights by signing an appalling law that increased the age of gun purchases to 21, he’s a solid candidate. Independently wealthy, he can fund his own race. He’s also proving himself to be an adept campaigner, hitting Hispanic outreach hard, which is making Democratic activists very nervous. Another startling sign: only 49 percent know who the hell Nelson is in the state. Not a good sign for a three-term incumbent (via Politico):

Scott is learning Spanish and does interviews with Spanish-language media about once a week. Nelson isn’t and doesn’t.

For Democrats who recognize protecting Nelson’s seat is essential to their hopes of winning a Senate majority this fall, the veteran senator’s lackluster outreach to one of the fastest-growing voting blocs in the nation’s largest swing state is causing alarm.

“There’s a lot higher awareness of Rick Scott. He’s got much higher name recognition. And people associate him with trying to do something for Puerto Rico,” said Marcos Vilar, director for United for Progress PAC, which had the focus groups conducted for it by the polling firm Latino Decisions.

Party insiders and Latino activists — in Washington, Miami, Orlando and Tallahassee — fret that it’s a serious problem against Scott, who is expected to spend tens of millions of dollars out of his own pocket to knock off Nelson.

And those Puerto Rican trips in the aftermath of Hurricane Maria have paid off. The publication added that Lieutenant Governor Luis G. Rivera-Marin and the islands’ non-voting representative in the House of Representatives Jenniffer González-Colón endorsed Scott for U.S. Senate. There’s also another troubling sign. Scott is leading Nelson with older voters, who are a reliable bloc that will turn out come November. Marc Caputo wrote, “Good news for Nelson: Our poll (below) shows essentially a tie race right new. Bad news for the Democrat: Scott’s winning among older voters, who are the most reliable to turn out.” But with no Hispanic outreach, or outreach that’s being done haphazardly, Scott is able to take center stage and certainly has the window to define Nelson, as his ad buys are starting to drown out Nelson’s attempts at trying to counter attack.

With the race being a dead heat, he needs to maximize base turnout, which partially explains why he voted against the nomination of a district court judge he had supported and recommended to the president. He seems to be getting outworked. Yet, he had to have known this, or at least we could see signs of his vulnerability. The kangaroo court of a town hall at Marjory Stoneman Douglas High School in Parkland, Florida last February saw Nelson go after Rick Scott, who wasn’t at the event, in a rather unseemly attempt to use the tragedy to campaign. He hit Scott on his pro-gun record at the time. The problem is the greater Miami area is chock full of Democrats. Of course they will be rabidly anti-gun. While the town hall event was a time for anti-gun liberals to vent, it accomplished nothing. Nelson thought gun control would help his party down ballot. Not the case, even the Parkland Three—Cameron Kasky, Emma Gonzalez, and David Hogg, have failed miserably in energizing younger voters in their own backyard. Limited resources, being outworked, outmaneuvered, not really having a robust outreach machine for Hispanic voters, and betting heavily on gun control have placed Nelson in a potentially disastrous position.