NYT Shell-Shocked By Historic Jobs Numbers: We Ran Out Of Words To Describe How Good It Is 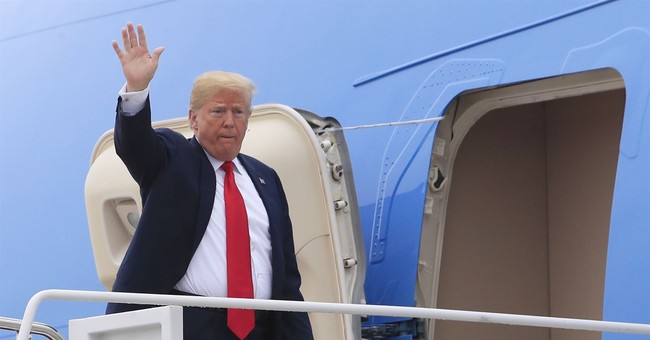 The jobs numbers are great. In fact, they’re tremendous. They’re the most luxurious May numbers God has ever created. Okay—not really, but they’re solid; 223,000 jobs in May and black unemployment hit a record low. The overall unemployment rate is now at 3.8 percent, an 18-year low. In terms of white and black unemployment numbers, which are usually miles apart, they’ve never been closer. You can’t polish a turd. You can’t spin incontrovertibly good news. That’s what The New York Times admitted in their headline about these job numbers. They ran out of words synonymous with good concerning this news:

The real question in analyzing the May jobs numbers released Friday is whether there are enough synonyms for “good” in an online thesaurus to describe them adequately.

So, for example, “splendid” and “excellent” fit the bill. Those are the kinds of terms that are appropriate when the United States economy adds 223,000 jobs in a month, despite being nine years into an expansion, and when the unemployment rate falls to 3.8 percent, a new 18-year low.

“Salubrious,” “salutary” and “healthy” work as words to describe the 0.3 percent rise in average hourly earnings, which are up 2.7 percent over the last year — a nice improvement but also not the kind of sharp increase that might lead the Federal Reserve to rethink its cautious path of interest rate increases.

And a broader definition of unemployment, which includes people who have given up looking for a job out of frustration, fell to 7.6 percent. The jobless rate for African-Americans fell to 5.9 percent, the lowest on record, which we would count as “great.”

If anything, some of the thesaurus offerings don’t really do these numbers justice. But some aspects of the report would be fairly described as “solid,” “decent” or “benign,” such as the uptick in the ratio of the adult population that is employed to 60.4 percent, which only matches its recent high of the earlier in the year.

So, Trump is getting America back to work—and a lot of this news could be traced back to his tax reform package. It’s created a better job-creating and investing climate. Democrats thought this bill could be an albatross around the neck of the GOP. I don’t think that’s going to be the case. The generic ballot advantage is now within single-digits, and it’s very possible that the blue wave everyone was lusting for could very well vanish into thin air. Wages also increased by 2.7 percent. CNN and CNBC also touted the good news. It’s good for the country. We can all thank the GOP and President Trump for this. If I were a Democrat, I would be very nervous. The good economic news keeps coming and the Left just has a hatred for Trump and nothing else. That’s not a platform for winning elections.

UPDATE: if this is how Pelosi and the Democrats are responding to the jobs reports, they’re going to be very disappointed come November. Get a new playbook; this one doesn’t work anymore:

“Republicans’ cruel, cynical health care sabotage campaign is already spiking families’ premiums by double digits and pushing millions off their coverage, according to the nonpartisan CBO.  Big Pharma continues to hoard the benefits of the GOP tax scam, using their handouts to further enrich executives and shareholders instead of lowering prescription drug costs for seniors and sick kids.  At the same time, the President’s reckless policies are exploding gas prices, wiping out the few meager gains that some families should have received from the GOP tax scam, as wages remain stagnant.

“From day one, the White House and Republicans in Congress have sold out working and middle class families to further enrich the wealthy and big corporations shipping jobs overseas.

Uh, the people benefitting from this bill are middle and working class families. CNN’s Jake Tapper pointed that out and even self-described socialist Bernie Sanders admitted middle class taxes would be cut. The next step is to make the Trump tax cuts permanent.