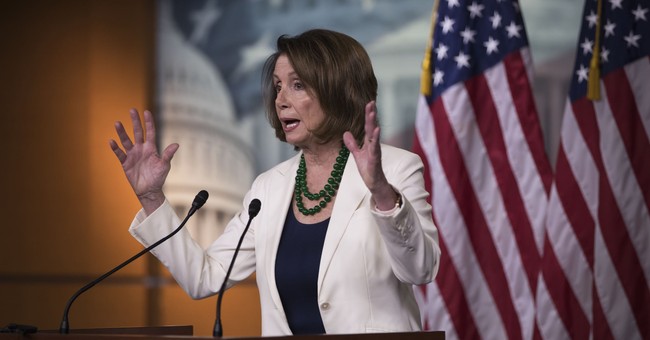 The North Korea talks are over. President Donald J. Trump decided to pull out of the scheduled June 12 talks. It wasn’t Trump’s fault; it was the fact that Kim Jong-un had threatened to start a nuclear war again. There will be debate over that, and whether North Korea was really serious about these negotiations in the first place.

So, there was a setback. It is a step backward for world peace and security in East Asia. This isn’t good news, but for the Left, they’re having a good time mocking the Trump White House because…well, it’s the Left. Rep. Nancy Pelosi (D-CA) said that the letter the president sent to North Korea that announced our withdrawal from the talks read more like a “valentine,” and that it was very “palsy walsy.” She also added that the North Korean dictator probably had a “giggle fit” over it.

Nancy Pelosi on Kim Jong Un: "He must be having a giggle fit there in Pyongyang."

Katie wrote about this earlier this morning. Here are some excerpts from the letter:

So, it seems liberals don’t want diplomacy to succeed. For Pelosi, she’s rooting against America. So, stay classy, lady.