NYT Op-Ed: Liberals, You’re Not As Smart As You Think, And You’re Helping Trump Win A Second Term 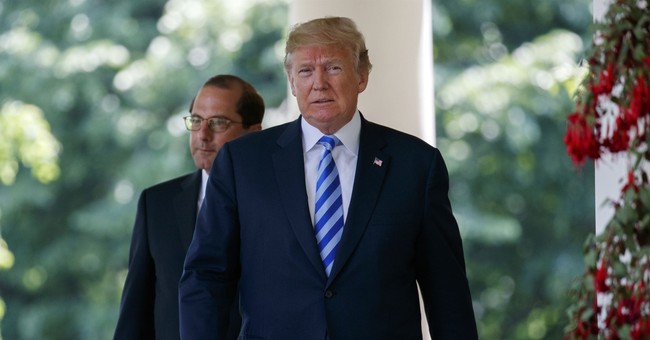 Well, someone finally said it: Liberals, you’re not as smart as you think—and you’re helping Donald J. Trump win a second term. Gerard Alexander, a political science professor at the University of Virginia, wrote this in The New York Times and he might have to change his name after this. He aptly noted how a) cultural centers are dominated by progressives; b) how they’re causing a backlash against liberalism; and c) how their inability to see that they are causing it will lead to a Trump victory in the next presidential election. The professor noted how the Left is overly confident in themselves, self-righteous in their beliefs, which come off as “domineering” and “smacks of superiority.” You can see how this isn’t the best sales pitch, right? It’s only compounded by the fact that the Left, confident in their moral superiority, has gone so far outside the mainstream in what is actually racist or problematic that they feel everyone else who hasn’t caught up should be shamed, humiliated, and torched by the social justice warrior mafia.

It’s not that I’m out of touch; it’s that everyone else is wrong. That’s the mantra with this sad cadre of left-wingers. Conservative America doesn’t stand for this crap, and neither should they. For every one voter this progressive mob absorbs, two more either head for the Trump camp or are so turned off that they stay home on Election Day. It’s one thing to call the remarks about black Americans made by celebrity chef Paula Deen racist (it was) years ago. It’s another thing to label 60 million people who voted for Trump racist. The silver lining is that Democrats from the Rust Belt don’t take too kindly to this; Rep. Debbie Dingell (D-MI) has voiced her frustration when she hears this liberal taking point.

It’s cyclical. Conservatives ate some humble pie in 2012. Liberals did too, though they’ve failed to realize why. They’re still angered over Lady Macbeth’s loss. Hillary Clinton was a terrible candidate. Like Romney with Republicans, some within the party knew this. She had no economic message, no charisma, seemed horribly inauthentic, and decided to call half the country deplorable towards the tail end the 2016 campaign.

With those feelings of resentment and resist all things Trump, the Left is actively fanning a brushfire that could strengthen Trump’s voter position:

I know many liberals, and two of them really are my best friends. Liberals make good movies and television shows. Their idealism has been an inspiration for me and many others. Many liberals are very smart. But they are not as smart, or as persuasive, as they think.

And a backlash against liberals — a backlash that most liberals don’t seem to realize they’re causing — is going to get President Trump re-elected.

Liberals dominate the entertainment industry, many of the most influential news sources and America’s universities. This means that people with progressive leanings are everywhere in the public eye — and are also on the college campuses attended by many people’s children or grandkids. These platforms come with a lot of power to express values, confer credibility and celebrity and start national conversations that others really can’t ignore.

But this makes liberals feel more powerful than they are. Or, more accurately, this kind of power is double-edged. Liberals often don’t realize how provocative or inflammatory they can be. In exercising their power, they regularly not only persuade and attract but also annoy and repel.

In fact, liberals may be more effective at causing resentment than in getting people to come their way. I’m not talking about the possibility that jokes at the 2011 correspondents’ association dinner may have pushed Mr. Trump to run for president to begin with. I mean that the “army of comedy” that Michael Moore thought would bring Mr. Trump down will instead be what builds him up in the minds of millions of voters.

Racist is pretty much the most damning label that can be slapped on anyone in America today, which means it should be applied firmly and carefully. Yet some people have cavalierly leveled the charge against huge numbers of Americans — specifically, the more than 60 million people who voted for Mr. Trump.

In their ranks are people who sincerely consider themselves not bigoted, who might be open to reconsidering ways they have done things for years, but who are likely to be put off if they feel smeared before that conversation even takes place.

It doesn’t help that our cultural mores are changing rapidly, and we rarely stop to consider this. Some liberals have gotten far out ahead of their fellow Americans but are nonetheless quick to criticize those who haven’t caught up with them.

Alexander sums it up right here:

Liberals are trapped in a self-reinforcing cycle. When they use their positions in American culture to lecture, judge and disdain, they push more people into an opposing coalition that liberals are increasingly prone to think of as deplorable. That only validates their own worst prejudices about the other America.

The endless crusade to find things that are terrible with America has made the Left see everything in this country as terrible. Yeah, that sounds about right. This won’t change, by the way. Say what you will about the anti-Trumpers who haven’t come onboard, but they’re a very small minority. In the end, Trump united the base; 90 percent of Republicans voted for him.  The Tea Party had deep reservations about Mitt Romney. In the end, 93 percent of the GOP voted for him. At the end of the day, Republicans will vote for the nominee. I did not support Trump. He was certainly not my first choice, but when he nabbed the nomination, he was my guy. I’m a base voter. And there was not enough gold in Fort Knox that would make me even consider voting for Hillary Clinton or any Democrat.

Democrats are the same way, but their message is not nearly as universal. The GOP campaigns on lower taxes, strong national defense, reducing governments spending, the size of government, protecting gun rights, and enforcing border security. If anyone has to wonder why the Tea Party started off as an organic movement, it’s because these principles, especially on government sucking, spending too much, and taxing too much are popular proposals. Proposals that are not popular are government-run health care (support drops when voters find out their employer-based plans would be cannibalized), raising taxes, open borders, and stringent gun control. Growing government and having that power under the guidance of a privileged and educated few to solve societal ills. That’s liberal doctrine—and it’s not popular once it gets fleshed out. Hence, why there hasn’t been a successful, board-based Tea Party of the Left. It’s all AstroTurf, subsidized by political operatives with deep pockets, but that moment is gone. The Tea Party has passed. Vestiges may remain, but the movement has expired. The movement didn’t die because of bad ideas, though some sketchy characters have been accused of using the name to take money from people, but overall, this wave was destined to last only a couple election cycles.

But the point about liberal principles is that they think this is what the majority want. They think this is right no matter what and the liberal bubble on that will never be pierced, hence why the writing off of half the country will become entrenched. There is no chance Hillary voters will view their red state brethren as actual people. That’s passed. Adam Wren of Indianapolis Monthlyventured into Clinton Country for 72 hoursand found the experience to be quite eye opening. He didn’t explicitly say that these feelings are now ingrained in the liberal voter, though he noted how dense this bubble is, with anecdotes of Clinton supporters complaining about how they’re in a malaise while making $200,000+ a year. Out of touch, huh? The Acela Corridor encapsulates this. At this point, Trump will probably win re-election. I agree with that. Democratic enthusiasm is stalling; their slate of candidates for 2020 is filled with hard-core liberals, who only have regional appeal. People say Joe Biden, but he’s the epitome of Washington he’s old, and he’s a two-time presidential loser. Does he have white working class appeal? Yes, but it’ll take more than that, especially if Trump manages to walk about from the Korea summit with something very appealing to all parties.

If Trump wins in 2020, the next question is what will the reaction be from liberal America? The meltdown, that delicious meltdown of liberals when he won in November was one of the best moments for the Right in a long time. The definitive we win, you lose moment, where we all enjoyed a good cup of liberal tears. I want that again, but first we have to win this midterm election.