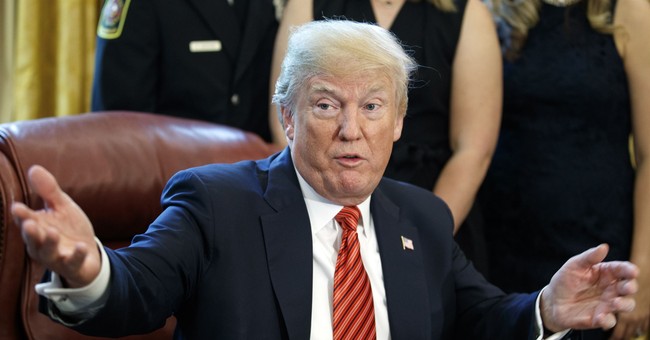 They said Donald J. Trump couldn’t be taken seriously. He’s degrading American prestige around the world. He’ll blow up the world. He shouldn’t be tweeting. Stop the tweeting for the sake of world peace. If he keeps mocking North Korea’s Kim Jong-un, there will be no diplomatic solution. Yeah, it must suck to suck because all of this was wrong. The missile tests North Korea conducted that earned Kim the nickname “rocket man” by Trump led to a series of crushing sanctions that were magnified by China’s decision to put pressure on Pyongyang as well. Now, they’re at the negotiating table. South Korea has given the Trump White House huge credit for laying down the groundwork. Both sides had agreed to denuclearizing the peninsula, officially ending the decades-long Korean War, and sign a peace treaty. If all pans out, and we have a long road ahead of us here, then Trump deserves the Nobel Peace Prize, which would lead to a triggering of epic proportions among left-wingers. CBS News reported today that North Korea started to pull the plug on its nuclear testing site. President Trump also suggested the demilitarized zone on the 38thparallel as a potential meeting spot.

Kim had made the comments during his summit with South Korean President Moon Jae-in on Friday at a border truce village. The leaders of the two countries met Friday for the first time since 1953.

Kim and Moon during the summit promised to work toward the "complete denuclearization" of the Korean Peninsula, though they did not mention specific plans or timetables. They also agreed to work toward formally ending the 1950-53 Korean War and push for three-way talks with Washington or four-way talks that also include Beijing to do so.

The Koreas can't officially end the war themselves because South Korea wasn't a direct signatory to the armistice that stopped the fighting but left the peninsula technically in a state of war.

More substantial discussions on the North's denuclearization -- including what, when and how it would occur -- are expected between Kim and President Donald Trump, who could meet in May or June. On Monday, Mr. Trump suggested the Korean Demilitarized Zone could be a possible option to host the eventual talks, calling it an "intriguing" choice.

North Korea has released three US detainees in the country, according to media reports, and it meets some of President Donald Trump demands for Pyongyang to demonstrate sincerity before the historic meeting between Trump and Kim Jong Un.

Kim Dong-cheol, Kim Sang-deok, and Kim Hak-seong — three US citizens detained in North Korea for years — have been released from a suspected labor camp and given health treatment and ideological education in Pyongyang, according to the Financial Times.

The news follows Trump's hawkish National Security Adviser, John Bolton, calling for the release of the detainees. Secretary of State Mike Pompeo reportedly spoke with Kim about the detainees during the pair's secretive meeting in April.

Once again, the forces working against Trump predicted one thing and turned out to be totally wrong. A handful of House Republicans officially nominated Trump for the Nobel Peace Prize today—and yes, it’s not ludicrous to say he deserves it. Trump has done more on this issue than Bush or Obama that’s for sure. If I were a Democrat looking, I’d be pounding Maalox right now. The Russian collusion investigation is going nowhere concerning the realm of impeachment because there’s no evidence the Trump team colluded with the Kremlin. The economy is bouncing back. And now the world is set to take one huge step towards peace in Asia thanks to Trump’s efforts.