Mueller To Trump: You Know I Can Just Subpoena You To Answer My Questions 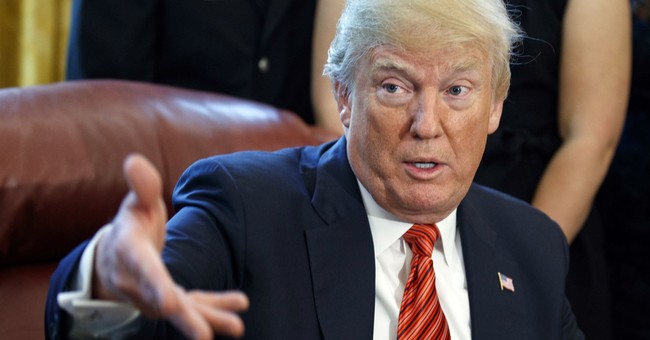 Bouncing off Cortney’s post about questions Special Counsel Robert Mueller wants to ask President Trump in his investigation into possible Russian collusion during the 2016 election, The Washington Post reported last night that Mueller threatened to subpoena the president two months ago. In what’s described as a tense meeting between Trump’s legal team and Mueller, the president’s lawyers flatly said there was “no obligation” for him to answer questions. Mueller responded by saying he could just issue a subpoena (via WaPo):

In a tense meeting in early March with special counsel Robert S. Mueller III, President Trump’s lawyers insisted he had no obligation to talk with federal investigators probing Russia’s interference in the 2016 presidential campaign.

But Mueller responded that he had another option if Trump declined: He could issue a subpoena for the president to appear before a grand jury, according to four people familiar with the encounter.

Mueller’s warning — the first time he is known to have mentioned a possible subpoena to Trump’s legal team — spurred a sharp retort from John Dowd, then the president’s lead lawyer.

“This isn’t some game,” Dowd said, according to two people with knowledge of his comments. “You are screwing with the work of the president of the United States.”

The flare-up set in motion weeks of turmoil among Trump’s attorneys as they debated how to deal with the special counsel’s request for an interview, a dispute that ultimately led to Dowd’s resignation.

In the wake of the testy March 5 meeting, Mueller’s team agreed to provide the president’s lawyers with more specific information about the subjects that prosecutors wished to discuss with the president. With those details in hand, Trump lawyer Jay Sekulow compiled a list of 49 questions that the team believed the president would be asked, according to three of the four people, who spoke on the condition of anonymity because they were not authorized to talk publicly. The New York Times first reported the existence of the list.

The questions focus on events during the Trump campaign, transition and presidency that have long been known to be under scrutiny, including the president’s reasons for firing then-FBI Director James B. Comey and the pressure he put on Attorney General Jeff Sessions to resign.

Of course, key figures of Trump’s legal team declined to comment. This could set off another wave of ‘will Mueller be fired’ theater that always gets the Left and anti-Trump Republicans fired up. The self-righteous speeches about institutional integrity, the attacks on it from this president, and how we need to maintain them in order to have good government, or something. The Hill is even considering passing legislation to protect Mueller from being fired; a few Senate Republicans have warmed up to the idea, though Senate Majority Mitch McConnell pretty much said hell would freeze over before this bill came for a vote. Why? Because he’s confident that Trump won’t fire Mueller. He might be right. If there were any time that was ripe for this politically disastrous move, it would have been when Michael Cohen, Trump’s personal lawyer, had his office, home, and hotel room raided by FBI agents.

Trump was said to be furious over the raid. Well, that was the window and Mueller and Rosenstein are still there, even though the latter is said to be fully prepared to be fired by Trump. Firing either man would add more flames to the fire and Trump wants this inquiry to end as quickly as possible without hiccups. Hiccups means more preening; Trump wants this investigation to end ASAP. Still, while the lawsuit filed against Trump, Russia, and Wikileaks by the Democratic National Committee is a total joke, a fundraising ploy to fill the coffers of a cash-strapped party apparatus, this is why they’re doing it. They want to get Trump deposed in some way. That’s fine, but everyone says it’s time to move on. Also, this lawsuit was filed almost a year and a half ago. It’s an exercise in sour grapes by Democrats. Period.