Study: Over 20,000 On Medicaid Waiting Lists Have Died Since Obamacare Went Into Effect 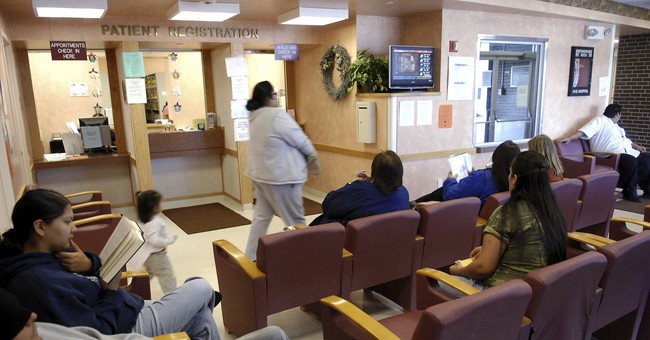 The Foundation for Government Accountability is one of the best organizations tracking, studying, and pinpointing the issues facing our social safety net. One of their pet projects is Medicaid, specifically Medicaid expansion since Obamacare went into effect in 2014. The government-run health care program, which is supposed to help the most needy and the working poor, has been expanded under the Affordable Care Act in certain states. And to no one’s surprise, it’s been a budget buster. Millions of able-bodied Americans are now enrolled. The enrollment projections are way off, with more people enrolling than originally projected. And on average, states have to cut between $2-3 in spending just to save $1 dollar for Medicaid. State lawmakers have appealed to Congress, telling them how Medicaid expansion under Obamacare is a total disaster.

In a University of Virginia study, surgical patients on Medicaid were twice as likely to die than those with private insurance. Overall, the study found that those without insurance fared better than those enrolled in this government program.  Avik Roy, who analyzed the study, noted how Medicaid has become a humanitarian nightmare. At the same time, programs can be fixed. FGA polled voters, the majority of whom wanted the Medicaid expansion to unwind. Also, they found that this program, like many other Democratic initiatives in the public policy arena, breed dependency.

Now, we have a rather disturbing report that over 20,000 people on Medicaid waiting lists have died since Obamacare was enacted.  FGA’s Nicholas Horton delved into this issue, explaining the home and community-based waiver program, which is where the logjam is occurring for patients. In all, more than 650,000 Americans are on these waiting lists, 21,904 who are on these waiting lists have died, and the wait period is increased by the massive amounts of money being spent on enrolling millions of able-bodied Americans into Medicaid. Right now, there are over 28 million able-bodied adults receiving Medicaid, a program meant for the truly needy:

In 1981, Congress created the home and community- based (HCBS) waiver program.1 These waivers allow states, if they choose, to extend home- and community-based Medicaid services to individuals who would otherwise qualify for care in a nursing home or institution. Essentially, these waivers allow truly needy individuals on Medicaid to receive additional care they need without being institutionalized.

Most states currently operate at least one HCBS waiver program or provide HCBS services through their traditional Medicaid programs.

Because these programs are optional, states can limit enrollment. Once enrollment hits its cap, individuals are placed onto waiting lists

As these individuals continue to wait for needed services— some for more than a decade—states are spending record amounts on Medicaid for able-bodied adults, with many states even expanding the program in recent years to cover even more non-disabled adults.

Every dollar spent on these able-bodied adults is a dollar that cannot go to help America’s forgotten waiting list enrollees.

According to the most recent data, 38 states currently have Medicaid waiting lists. Nearly 250,000 of these individuals live in states that opted to expand Medicaid through ObamaCare to a new class of able-bodied adults.

Alarmingly, multiple states claimed to have no knowledge of deaths that have occurred amongst their waiting list members. Some states provided only partial death totals.

As a result, the findings do not reflect the full magnitude of this crisis.

Data that was provided, however, paints a bleak picture:

Since ObamaCare expansion began, at least 21,904 individuals on Medicaid waiting lists have died in expansion states.

While ObamaCare did not create these waiting lists, it is increasing the likelihood that truly needy individuals will never get the help they need by diverting billions of dollars to able-bodied adults.

States are now paying six percent of these costs—every penny of which could instead go to help the truly needy, including America’s forgotten waiting list enrollees.

FGA says the first steps to solving this issue is rolling back Medicaid expansion under Obamacare, enacting work requirements for able-bodied enrollees, and cracking down on fraud.

You can read the full report here.