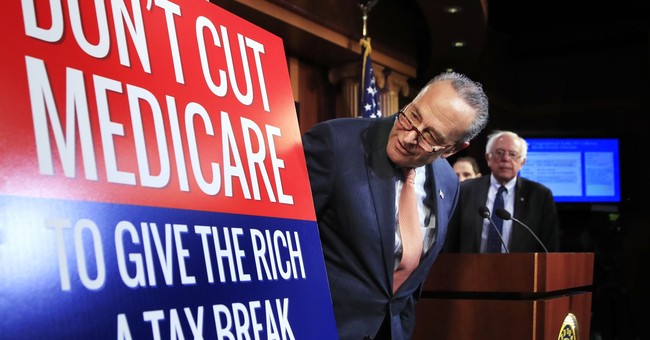 We all know our entitlement system is unsustainable. With Medicaid, that’s especially true since enrollment has exploded under the Obama era. President Obama made this program, designed for the working poor, and integral part of his health care overhaul. Most of the new enrollees are able-bodied adults, who don’t work, siphoning money from those who actually need the assistance. This is not to say that Medicaid is a great program; it’s not. Yet, it provides something for needy, despite those who are uninsured having a better chance of surviving a surgical procedure. Of course, those with private insurance fared the best. Still, while you can make the case that Medicaid should be totally torn down, the political powers that be will not allow it. There are ways to fix it, but that will never happen if we don’t require these enrollees to work. As the Foundation for Government Accountability found out, the lack of work requirements has enabled Medicaid expansion to serve as a honey trap to keep people dependent on government:

Medicaid spending and enrollment has skyrocketed in recent years, crowding out resources for all other state priorities.The number of people dependent on Medicaid has more than doubled since 2000, with nearly 75 million individuals currently enrolled in the program. Nowhere is this growth more evident than among able-bodied adults. Nearly 28 million able-bodied adults are now dependent on the program, up from fewer than 7 million in 2000.

This enrollment explosion is fueling a massive spending surge. Total Medicaid spending has nearly tripled since 2000 and spending on able-bodied adults has increased by a jaw-dropping 700 percent.

Many major welfare programs require able-bodied adults to participate in at least some level of “work activity” in order to maintain eligibility. For example, able-bodied, childless adults on food stamps must work, train, or volunteer at least 20 hours per week in order to receive benefits. Able-bodied adults with children are required to register for work and not turn down job offers in order to keep their benefits. Even the Temporary Assistance for Needy Families (TANF) cash assistance program requires parents to engage in some level of work- related activities. Both programs also incorporate time limits on benefits

But when it comes to work requirements, Medicaid is well outside the mainstream. Able- bodied adults can enroll without any requirements related to work or time limits. As long as they keep their incomes below certain thresholds, they can receive Medicaid welfare indefinitely. Without this requirement in place, most able-bodied adults in Medicaid do not work at all.

PROOF: Most able-bodied adults on Medicaid do not work at all

Despite the fact that Medicaid’s able-bodied adults have no physical disabilities keeping them from pursuing gainful employment, very few actually work full-time jobs.14 According to the Census Bureau, most non-disabled adults on Medicaid do not work at all.

PROOF: Many ObamaCare expansion enrollees do not work at all.

Granted, this is a par for the course. In 2010, George Will addressed the Conservative Political Action Committee, noting that dependency isn’t a byproduct of the Left's policies; it’s their agenda. It’s quite the project: more people paying less in taxes and receiving more in government benefits. Will aptly noted that this also produces a case of moral hazard, whereas a larger and larger proportion of the population have zero incentive to restrain a government that they’re not paying for. Any attempts at reform allow the Left to cast Republicans as anti-poor.

And we’ve seen this occur with other programs. Unsurprisingly, food stamp enrollment exploded once asset tests and other mechanisms that aim to being some accountability and prevent fraud and waste were passed in various state legislatures. There is a happy medium between helping those who have fallen on hard times, and enacting measures to ensure no one games the system. Capitalism has allowed us to set aside money to help those who are less fortunate, but this system, this safety net, was meant to catch people from falling into total destitution, but could allow them to spring back on their feet. It was meant to be temporary. It’s become a Venus flytrap that dis-incentivizes people to work. I’m sure a lot of you already know this, so consider this tour daily reminder that our entitlement system needs a total overhaul. We’re heading for the cliff with these programs.