Oh My: Former Top Clinton Adviser Torched For Xenophobic Tweet, Deletes It With No Apology 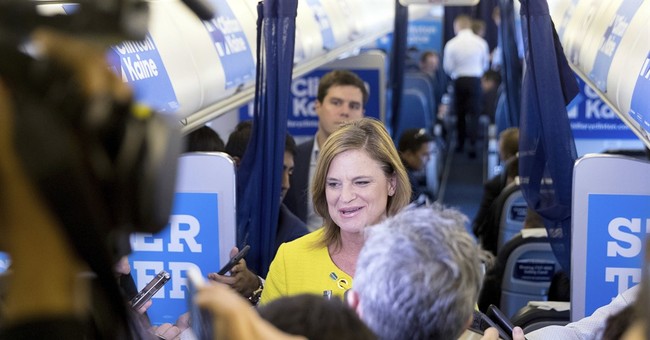 Is it Trump Derangement Syndrome or just anti-Russian hysteria? Maybe it’s a combination of both.  What is a fact is that a lot of people did not like what Jennifer Palmieri, former communications director for the Clinton campaign, tweeted about taking a taxi driven by a Russian at San Francisco airport.

Yesterday, she tweeted, “You guys. I just got into unmarked gypsy cab at sfo airport with a Russian driver. If I disappear- it’s a tan Lincoln continental.”

Cartoonishly xenophobic. If a former senior Clinton advisor is willing to say this *in public* imagine the more subtle, private manifestations of xenophobia that go unreported pic.twitter.com/gXKkCWqKTU

Palmieri has now deleted the tweet with no explanation or apology, so it here it is below. She seemed to do so in response to this tweet from James Zogby https://t.co/Kv0ZUaxsGU pic.twitter.com/0Z9alBQQ2v

make sure you have find my iPhone on.

Actor Josh Charles responded, “make sure you have find my iPhone on,” but there were few laughs. Palmieri, who was also White House communications director under Obama, said she felt bad about the tweet and then unceremoniously deleted it. No apology or anything.

This is xenophobic and you should feel bad.

This is not funny. It’s deeply offensive & hurtful, esp coming from a Dem. I represent a community of immigrants - many have accents & “foreign” names. They deal w/ suspicion & insults daily. A tip: respect drivers! If you speak w/ them you’ll see they have amazing experiences. https://t.co/0XhDHK8STl

It’s the seat of irony. Trump is accused of being xenophobic and yet, a former top adviser to Obama and Clinton decides to dabble…in xenophobia. Are liberals’ memories really that short? We have this event, plus the total 180-degree turn Democrats have done on Russia. From a relic of the Cold War that really wasn’t a threat to public enemy number one who cost Clinton the election, it’s a delicious slice of entertainment. It also proves that Mitt Romney was right all along, and that Obama’s foreign policy was weak and predictable. Remember he found out about the Russian interference in August of 2016—and pretty much did nothing.

It just shows that liberals still cannot let Russia go. Maybe they should just realize that Hillary was a terrible campaigner, terrible messenger, had no economic agenda, ignored the Rust Belt, and called half the country deplorable for supporting the other candidate. In retrospect, are we really shocked that she lost?